​West Ham manager Manuel Pellegrini revealed his pleasure at how his side improved in the second half, despite losing 2-0 to Chelsea at Stamford Bridge.

The Hammers were beaten by two goals from in-form Eden Hazard, who scored once in each half. The defeat sees them remain 11th in the Premier League table, but means they have now suffered back-to-back defeats for the fifth time this season. Pellegrini refused to be too downbeat after the game, though, claiming that his side's slow start to the game had cost them dearly.

“We improved a lot in the second half," Pellegrini told West Ham's official website. "We had opportunities, and we could have drawn the game but finally they scored the second goal.

“I think the difference was in the first 45 minutes, that we didn’t start the game with the pace that you need to play [against Chelsea].”

The Hammers defeat at Stamford Bridge saw them continue their poor away form, as they fell to their seventh away game without a win. It also means that Pellegrini's side have lost three of their last four outings, with their last win on the road coming last December.

Thank you for your support 👏 Not our night. pic.twitter.com/w6wnVM9ufY

The Chilean was full of praise for ​Hazard, though also criticised his side’s defending, adding: “When a player with the quality of Hazard, you know he can make different things. Going between four players is not easy, so maybe we could have been more aggressive.

“[In the second half] I think we changed a lot of things, in the pace we played and the part of the pitch we played in too. We played forward and not so close to our box, and we had the chances to draw.” 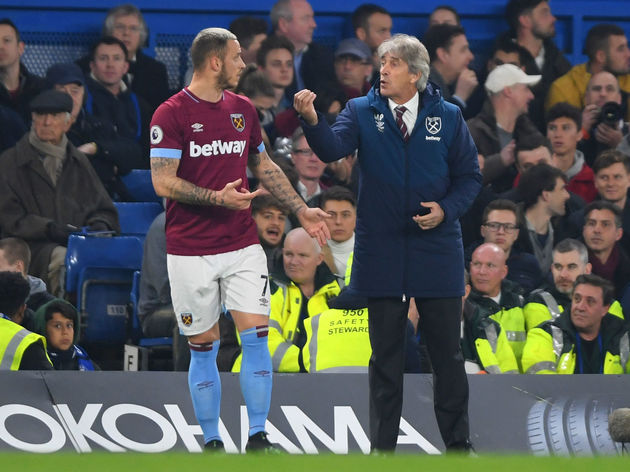 West Ham are back in action on Saturday, as they travel to Old Trafford to face Manchester United. The Hammers are then back at the London Stadium on 20 April, as they entertain Leicester City.