Chelsea secured their third consecutive league win on Monday night, as they beat West Ham 2-0 at Stamford Bridge.
Chelsea opened the scoring in the 24th minute, thanks to a delightful solo goal from Eden Hazard. The Belgian glided through several West Ham players into the box, before finishing into the bottom corner to put the Blues ahead.
West Ham had a string of good chances to equalise in the second half, with Aaron Cresswell and Manuel Lanzini both coming close. Chelsea also had good opportunities to double their lead, though Ruben Loftus-Cheek and Callum Hudson-Odoi were unable to convert.
Chelsea wrapped up the three points in the 90th minute, as Hazard scored his second of the game. He brought down Ross Barkley's cross perfectly and finished emphatically into the far post, to wrap up a vital win for the Blues. Chelsea were at their very best once again, playing the fluid, attacking football that Maurizio Sarri has been longing to see. They were dominant all game long and earned a hard fought win, though they may be frustrated that they didn't kill the game off with a second goal earlier.

The Blues are certainly fulfilling their potential again, as they continue to push for a top four finish. It was another convincing victory and another vibrant and energetic display, as Chelsea are hitting their stride once again in these crucial final weeks of the Premier League season.

27 - Eden Hazard has been directly involved in more Premier League goals than any other player this season (15 goals, 12 assists). Wizardry. #CHEWHU pic.twitter.com/KE2A7UrhFI

STAR MAN - ​Ha​zard produced a match-winning performance in a spectacular display, scoring two excellent goals. The Belgian was outstanding all game long, as he took his goal tally for the season up to 19 goals in what was a wonderful performance for the Blues. 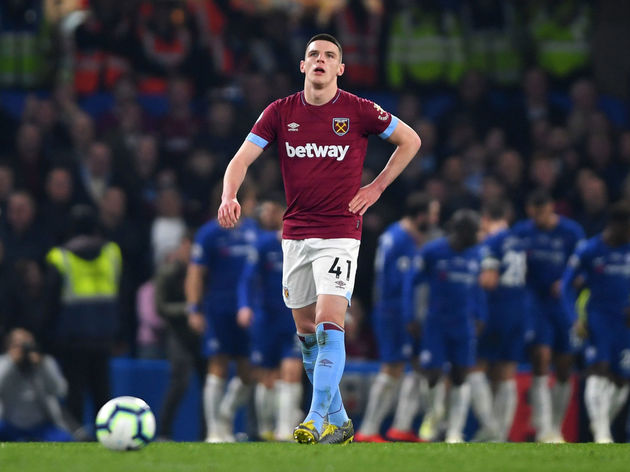 West Ham needed to produce something special against their in-form hosts, but it wasn't to be as they struggled to affirm control of the game. Though the Hammers had some decent chances throughout, they found themselves frequently frustrated and unable to break Chelsea down.

They were comfortably beaten at the end of the day, however it was far from a poor performance from West Ham. Though defeat to their London rivals is a bitter result to accept, the Hammers must pick themselves up and go on to finish the season in style.

STAR MAN - Though he couldn't make anything happen, ​Manuel Lanzini put in a good shift for the visitors. The Argentine continued his long layout from injury well, creating West Ham's best chances of the game and looking very good on the ball in a disappointing defeat. ​Chelsea continue their Europa League campaign in Thursday's quarter-final first leg, as they travel to the Czech Republic to face Slavia Prague. The Blues then face a huge trip to Anfield, as they meet ​Liverpool in the league on Sunday.

West Ham are at Old Trafford on Saturday afternoon, as they travel to ​Manchester United in the late kickoff. The Hammers are back at London Stadium next weekend, as they entertain ​Leicester City on 20 April.