A nervy opening saw both goalkeepers untested, but it was Watford who 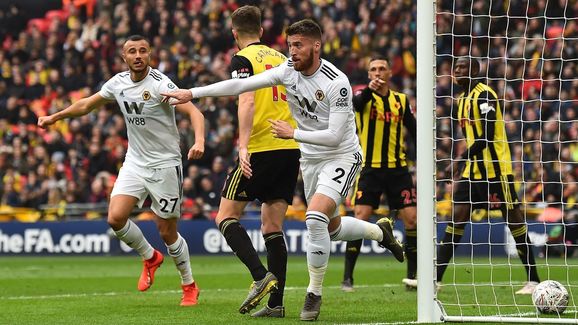 What a finish from Deulofeu, who finds the bottom corner after Gray's pass. 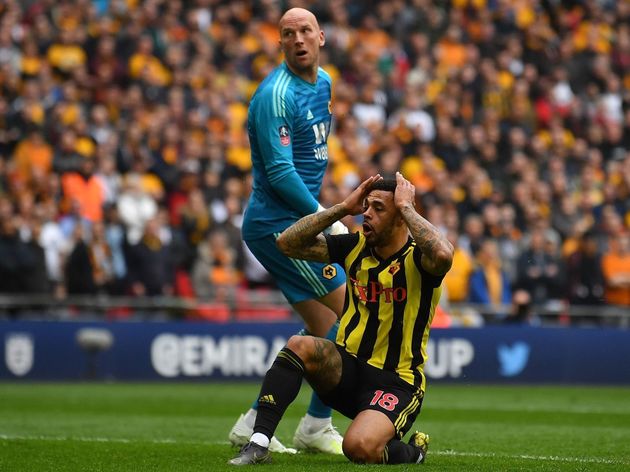 Without Deulofeu in the side, Watford struggled getting in behind their opponents and his replacement Gray wasted two glorious chances to get his side a goal to leave many questioning Gracia's decision. His energy fed life into Watford's resurgence, as they threw everything forward trying to force their way back into the game. His goal was world-class and gave the Hornets the platform to seal their late equaliser. The icing on the cake coming when he netted the winner with just the kind of piercing run that his side lacked until his arrival. Injury forced him off late on, but his work was already done.

13 - Only Troy Deeney (15) has been directly involved in more goals than Gerard Deulofeu (13) in all competitions this season for Watford - 8 goals, 5 assists. Impact. #FACup

What a Semi final that was! Got to feel for Wolves, I think they would of given City a good game in the final... Can hold their heads high though! Deulofeu came on and changed the game with a moment of magic...

The work Santo has achieved with ​Wolves this season has been sensational, building a side that were never in fear of relegation, instead contesting in an FA Cup semi final and a top seven finish in the Premier League.

Sunday's clash was anything other than straightforward though, after finding themselves in front with 11 minutes remaining, the manner of the finish will have disappointed Santo. Deulofeu's strike was one of pure class, but Dendoncker gave away a needless penalty in added time that Deeney made no mistake in dispatching, as their two goal lead vanished before their eyes.

Without Jota for extra time, it seemed as though Wolves struggled for creativity, and their collapse was confirmed with Deulofeu's calmly taken winner just before the end of the first period of extra time. They huffed and puffed in an effort force penalties, but a dramatic FA Cup semi final failed to provide further drama as Wolves' dreams of a trophy this season were extinguished by the Hornets' late show In a first half where Watford saw most of the ball, Jota was often isolated in forward areas alongside Jimenez, yet his tenacity and work rate embodied the team spirit that Santo has instilled into his Wolves side.

Jota's pinpoint cross for Doherty handed his club the initiative, with the Portuguese forward a constant thorn in the Hornets' side, producing menacing runs throughout and driving with the ball whenever possible.

Just look at the tenacity of Jota there. Three tackles before he brings a man down with his fourth challenge, all in the space of five seconds and five yards!

It's back to Premier League action for both clubs after Sunday's game. Watford stay in London as they host Arsenal at Vicarage Road on 15 April.

Wolves are on their travels again as they head to the south coast to take on Southampton at St. Mary's.