​Brighton manager Chris Hughton has said he is ‘incredibly proud’ of his players, despite the 1-0 defeat to Manchester City on Saturday afternoon.

The Seagulls were beaten in the FA Cup semi-final thanks to a solitary early goal from Gabriel Jesus, as they bowed out of the competition. They were aiming to reach the final for the first time in 36 years, and only the second FA Cup final in their 117-year history.

Speaking after the game, as quoted on the club’s official website, Hughton said: “I’m incredibly proud of the players. After conceding so early, I doubt there was anyone in the stadium that felt a second [goal] wasn’t going to come.

“It’s been a wonderful journey — the supporters were brilliant and you can see how much it meant to them by how many turned up today.”

​Brighton were unlucky to lose out on the day, falling to one moment of brilliance early on in the game. It brings an end to a memorable cup run for the Seagulls, though there were many positives to take from the defeat. 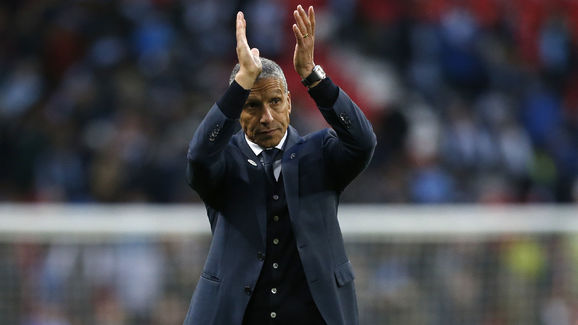 Hughton added: “To run such a brilliant team, like ​Manchester City, close, it takes such a huge effort. With the performance the team gave, I think it made the supporters very proud.”

The Brighton manager praised how his side contained the reigning ​Premier League champions, saying: “Apart from the goal, I’m struggling to think of a real clear chance they had inside 90 minutes, and that certainly wouldn’t have happened too often to them this season.”

Now that they are out of the FA Cup, Brighton’s full focus turns to the Premier League as it enters its final few weeks. After back-to-back defeats to ​Southampton and ​Chelsea, the Seagulls have dropped down to 16th and are just five points off the relegation zone. Brighton have two home games up next, starting with the visit of Bournemouth next Saturday. The Seagulls are back at the AMEX once again midweek, hosting relegation battling Cardiff City on 16 April.