​Chelsea host West Ham on Monday night, as the two face off in a London derby at Stamford Bridge.

The Blues are looking to secure their third consecutive league win, following their victories over Cardiff City and, most recently, Brighton at the Bridge. They continue their pursuit of a top four finish, as they currently sit fifth with six games to play.

West Ham will meanwhile be looking to improve their away form, having gone six games on the road without a win. Last time out they lost 2-0 to Everton, falling to 11th place with defeat at London Stadium.

The team news for Chelsea ⬇️https://t.co/3QZEoDR1HW

​Chelsea go into Monday's game with no injury concerns whatsoever, with Maurizio Sarri having a full strength team at his disposal. However the Italian has said that he will be rotating in the upcoming games, as the Blues prepare for a potentially season-defining month.

On the other hand, ​West Ham are still without their five long-term absentees, who all look likely to miss the rest of the season. ​Andy Carroll, ​Andriy Yarmolenko, ​Jack Wilshere, Winston Reid and Carlos Sanchez are the quintet that are unavailable for Manuel Pellegrini. Chelsea and West Ham have met 109 times before, with the Blues just ahead in the number of wins. The west Londoners have 47 wins over their east London rivals, who have prevailed 40 times.

There was little between the two sides last time they met, as they battled out a 0-0 draw at London Stadium last September. The result saw both sides drop at different ends of the table, with Chelsea going down to third while West Ham fell to 17th.

Chelsea have failed to beat the Hammers in their last three meetings, failing to score on two of those occasions. West Ham have only lost one of their last five encounters at home across all competitions, winning three of those meetings. Chelsea will be aiming to make it three league wins on the bounce, as well as maintaining their strong home form. The Blues have been beaten once at home all season in the Premier League, having not lost in their last six league home games at the Bridge.

West Ham will be eager to bounce back from last week's defeat to Everton, as well as ending their run of six away games without a win. Though the Hammers are all but assured of their Premier League status for next season, they will still be eager to defeat their London rivals. 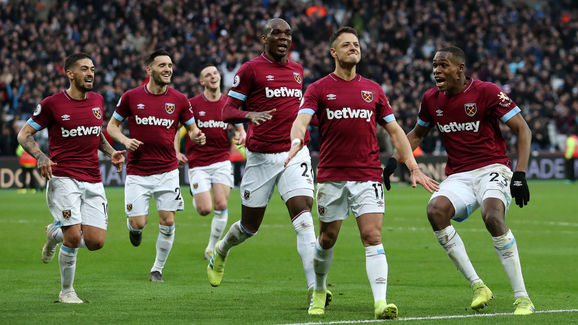 ​It will be an interesting affair in west London, with Chelsea hoping to keep their top four hopes alive while West Ham continue to push up the table. While the Blues' home form has been formidable, they have recently struggled when facing their city rivals.

However, with Sarri's men refinding their superb form and West Ham struggling away from London Stadium, Chelsea look like the favourites for this one. It would be a huge victory for either side, but it seems that Blues will be too strong on Monday night.