​Tottenham Hotspur made their long-awaited move to their new stadium in Wednesday's 2-0 win over Crystal Palace, but amid the joy (and relief) some fans took to social media to question why the game was not actually a sell-out.

The stadium has a maximum capacity of 62,062, but the attendance during Wednesday's game was just 59,215, despite being listed as sold out to the public.

Supporters of ​rival clubs were quick to laugh at Tottenham for apparently failing to sell out such a momentous match, with Arsenal fans in particular enjoying the fact that their own stadium inauguration boasted over 60,000. However, it appears the limitation was deliberate on Spurs' part.

The ​Tottenham Hotspur Supporters Trust took to ​Twitter to confirm that several tickets were intentionally left vacant over concerns of potential safety and enjoyment problems.

A statement reads: "The first two rows of both the North and South Stand were unavailable for sale [on Wednesday]. This was an operational decision by the Club amid concerns over sight-lines. One of those row

"The Club will be closely monitoring with a view to opening up the front row in the near future. "Aside from those front rows, several Premium seats were unsold, there were some no shows and a few hundred were lost to segregation lines between Spurs and ​Palace fans.

"In addition, the Club held back several seats for contingency with this being the first full capacity event at the new stadium. It is rare for the first event at any new arena to have all seats on sale."

The Tottenham Hotspur Stadium was in development for many years, with the team forced to play games at Wembley Stadium until the project was completed. However, the construction certainly encountered more than a few speed bumps, as concerns mounted over the safety features at the new ground. 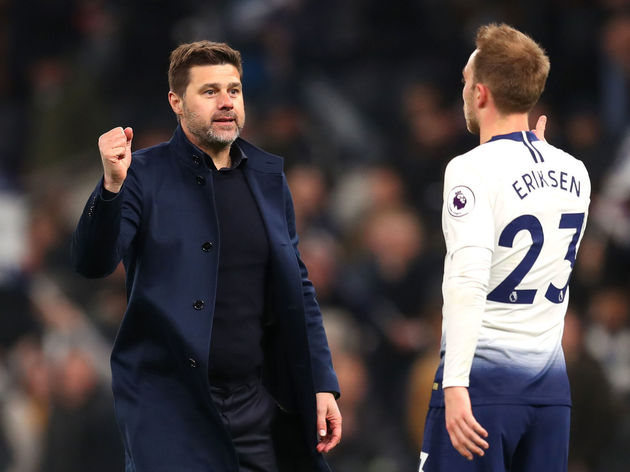 As a result, moving day was pushed back further and further, increasing the excitement around the long-awaited transition. They will now play their remaining six ​Premier League fixtures at the new ground, and it appears that all the tickets will soon become available for purchase.