Fulham are resigned to losing Ryan Sessegnon following their relegation from the Premier League, with the player himself preferring a switch to Tottenham over Liverpool.

The Cottagers stayed strong over their prized asset last summer, setting his value at anywhere between £50m and £100m to ward off interest from Spurs, among others. However, with the club now destined to return to the Championship, there is a resignation within the club that they will not be able to replicate that fortitude this summer. 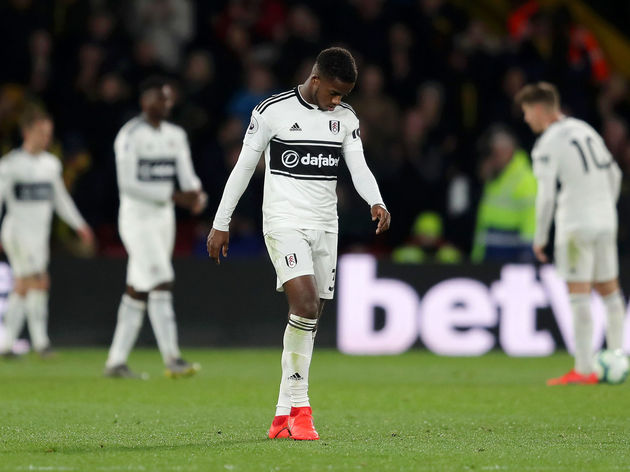 According to the ​Mirror, the Englishman will be among a number of players to cut ties with the west Londoners, though the prevalence of relegation-related wage reduction clauses (of up to 50%) in the players' contracts mean they are not duty-bound to sell.

But the fervour with which clubs covet the teenager, alongside his contract's expiration date of June 2020, make a switch almost inevitable, and at a price that will likely be far lower than the £50m or more mooted last summer.

Despite this feeling, Sessegnon appeared genuinely gutted by the club's relegation, writing on Twitter: “Last year we achieved something that I had been dreaming of as a Fulham player. There was no better feeling for me than getting the club I have been at since I was a kid back to the Prem.

“We knew this season would be a massive test but are gutted that it has ended like this. We know all season we were not good enough and ultimately we paid the price for it.

​“We can't thank the fans enough for the support week in, week out. It has meant everything you have kept us going through some very tough times. All we can do now is try and finish the season on a high."

But, as the summer looms, the player has been considering his future amid considerable interest from a number of high-profile parties and, according to ​Bleacher Report, it is Spurs that are leading the chase right now.

It is understood the player has identified the Lilywhites as his destination of choice, with the club also interested in bringing his twin brother, Steven, to north London in a joint deal worth around £40m.