Premier League football. Don't you just love it? Well if you do, there's good news this weekend - as the action keeps on coming as we head towards the dying embers of the season.

The bad news? Only 12 teams will take to the field as FA Cup semi-final action wreaks havoc, meaning it's all eyes on Liverpool's bid to land a first Premier League title. They play Southampton this Friday in the most high profile fixture of the weekend, while neighbourhood rivals Everton host a buoyant Arsenal at Goodison Park on Sunday.

It remains as important as ever to get your fantasy football teams right this weekend, though, and it's the perfect opportunity to dip into your trolley of tokens and pull out the 'free hit' chip - if you haven't already - allowing you to alter things drastically for one week only.

Here, we look at five players who should take your fancy as you shake things up.. ​Arsenal's bid to secure a place in the top four has been ticking along nicely of late, with Tottenham's sudden downturn in form opening up the possibility of a third place finish in Unai Emery's first season.

One man who has really come into his own of late is goalkeeper Bernd Leno, with the German now fully established as the number one goalkeeper at the Emirates Stadium. Some shaky performances have been replaced with calm, composed displays and he recently picked up back-to-back clean sheets for the first time this season - against Manchester United and Newcastle.

Everton await this weekend, and although that poses a difficult task on paper, the Toffees are very up and down. Don't rule out a third consecutive shutout. Now established as, quite possibly, the best left-back in the Premier League, Liverpool's Andrew Robertson continues to go from strength to strength.

Marauding forward down the flank, he whips dangerous crosses in for fun and is readily available to provide an attacking outlet for Jurgen Klopp's side. He's pricey on fantasy, costing £6.8m, but is the ideal player to pick up this week.

Having doubts? Maybe his ten assists and 17 clean sheets will make you think otherwise. 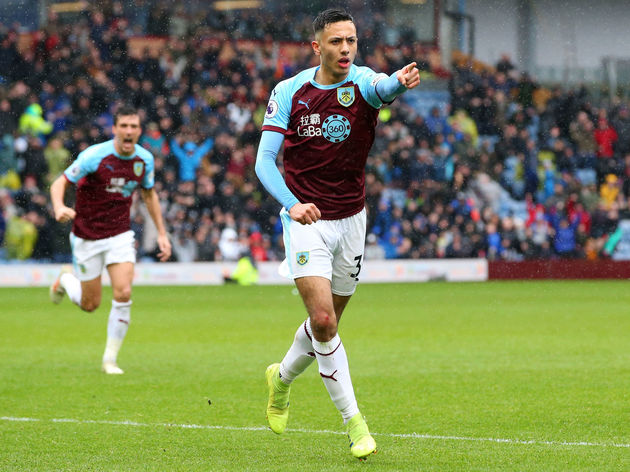 Bringing in the most expensive players in fantasy football is what it's all about, right? Well, that's true to an extent, but you always stumble across some great budget players each and every season.

Money will likely be irrelevant for this particular gameweek, but one talented youngster making waves in the top flight is Burnley winger Dwight McNeil. The 19-year-old recently trained with Gareth Southgate's England squad, rewarding him for some outstanding breakthrough performances at Turf Moor.

He travels to Bournemouth this weekend having scored in his last two Premier League outings. That is form that shouldn't be overlooked. Heralded as one of the finest prospects in the country, Hudson-Odoi has dominated headlines as rumours of a potential move to Bundesliga giants Bayern Munich continue to swirl. The hype, however, hasn't resulted in many Premier League minutes, much to the chagrin of ​Chelsea and England supporters across the country.

Finally given a first ​Premier League start in midweek, Hudson-Odoi seized the moment by assisting the Blues' opening goal for Olivier Giroud. His reward could be another start against West Ham, who are notorious for giving players a leg up when they need it most. The feel good factor is back at the King Power Stadium, with the appointment of Brendan Rodgers leading to a swift upturn in fortunes.

One man who has benefitted from the change in management is ​Jamie Vardy, with the Foxes marksman scoring five goals in his last five games. As a result, he's been drafted in by over 150,000 managers ahead of the weekend trip to doomed Huddersfield.

That kind of fantasy support shouldn't be taken lightly, so it's best to go with the trend and give Vardy a starting role - and potentially the captain's armband.