Milan travel to the Allianz Stadium on Saturday to face Juventus having gone winless in three games, as they seek to qualify for the Champions League for the first time since 2013.

Milan will have to overcome a disastrous record against Juventus, having lost 16 of their last 18 encounters with the Old Lady. While form - both recent and historically - is on the side of the opposition, however, Milan could capitalise on the controversy surrounding Juventus currently, particularly regarding Leonardo Bonucci, Massimiliano Allergi and Moise Kean.

While Milan are battling for every point, moreover, Juventus already have one hand on the Serie A title, so they will perhaps have less intensity than their red and black opponents. With Gianluigi Donnarumma and Lucas Paqueta recently injured, Milan are likely to field a 4-3-3, with Franck Kessie risked despite being a doubt for the game. Pepe Reina (GK) - The former ​Liverpool number one has an opportunity in goal for the Rossoneri following ​Donnarumma's injury.

Davide Calabria (RB) - A Milan youth product, Calabria has established himself as a more reliable option than Andrea Conti or Ignazio Abate.

Mateo Musacchio (CB) - Capped six times by the Argentinian national team, Musacchio has been highly rated since his days at Villarreal, although perhaps he has not quite reached the heights expected of him.

Alessio Romagnoli (CB) - Club captain Romagnoli has established himself as a mainstay in the Milan defence following his 2015 signing from Roma.

Ricardo Rodriguez (LB) - Regarded as one of the best attacking left-backs in Europe during his days at Wolfsburg, the Swiss international still has one of the best left footed deliveries around, both from open play and set pieces. 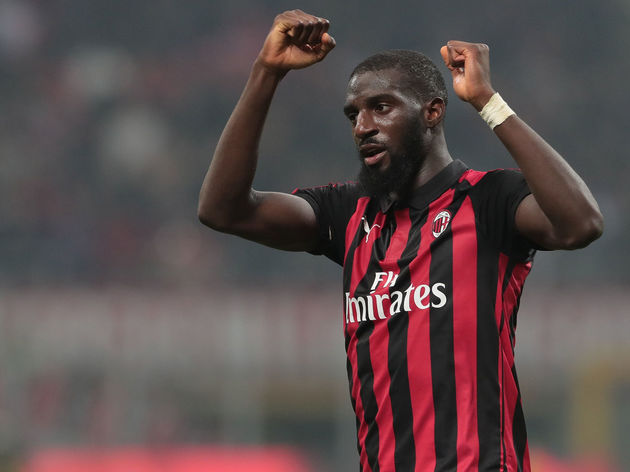 Suso (RM) - The Liverpool youth product has become a talismanic figure at Milan. Contributing to 13 league goals this season, the attacking midfielder combines an eye for a pass with talented dribbling skills.

Franck Kessie (CM) - The Ivorian is steady in the midfield, with an all round game that balances defensive work with ability on the ball.

Lucas Biglia (DM) - Capped 58 times by Argentina, the 33 year old remains a tough-tackling midfielder even if he doesn't quite possess the mobility of his early years.

Tiemoue Bakayoko (CM) - Part of the Monaco side that won Ligue 1 in the 2016/17 season, toppling PSG in the process, the Frenchman struggled to make his mark at Chelsea the following season. A loan spell to the Italian giants seems to have rejuvenated Bakayoko, where he has become a favourite with the fans.

Hakan Calhanoglu (LM) - The creative midfielder is able to cut in on his favoured right foot while Rodriguez overlaps him, providing the width. The Turkey international has a particularly dangerous long shot in his armoury. Krzysztof Piatek (ST) - The Pole has been a revelation not just since joining Milan, but since arriving in Serie A last summer, where he has bagged 20 goals in 27 league starts. With seven goals in nine league starts since he replaced the outgoing Gonzalo Higuaín at Milan in January, Piatek is one of the most prolific strikers around at this moment in time.