​Juventus defender Leonardo Bonnuci has attempted to clarify comments he made in the wake of the racist abuse aimed at teammate Moise Kean during the club's 2-0 win away at Cagliari on Tuesday.

Kean was subjected to monkey chants and racist abuse throughout the match, and responded by holding his 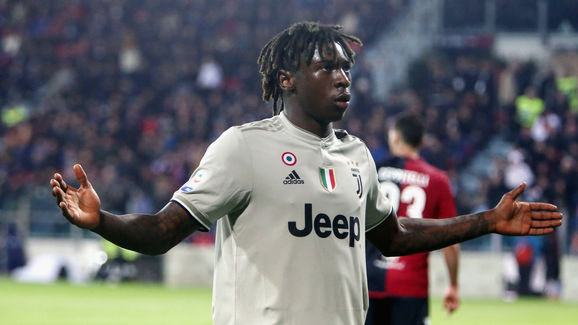 "After 24 hours I want to clarify my feelings," he said in a post on his ​Instagram page. "Yesterday I was interviewed right at the end of the game, and my words have been clearly misunderstood, probably because I was too hasty in the way I expressed my thoughts.

"Hours and years wouldn't be enough to talk about this topic. I firmly condemn all forms of racism and discrimination. The abuses are not acceptable at all and this must not be misunderstood."

The comments come after ​Raheem Sterling labelled Bonucci's initial statements 'laughable' on Instagram and Yaya Toure ​called them 'a disgrace'. Juventus next face a tricky home clash against Milan on Saturday in what will be the first game for the side after the incident.