Villarreal winger Samuel Chukwueze has risen to prominence this season, becoming a regular for the relegation-threatened Yellow Submarine, appearing in 24 La Liga matches in his inaugural season for the first team.

Hype around the 19-year old winger went to another level at the start of April, after he scored and provided an assist in Villarreal's wild 4-4 draw with Barcelona at the Estadio de la Ceramica. 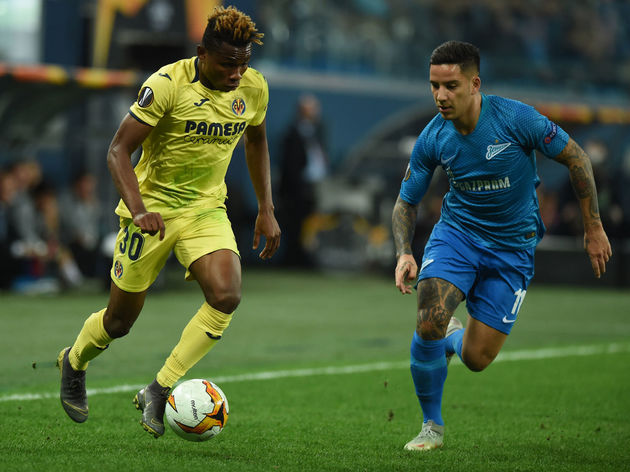 Chukwueze's performances have not gone unnoticed with a host of European clubs after his signature, despite his minimal experience. Liverpool, Manchester City, Bayern Munich, Atletico Madrid, Arsenal, and Leicester Cityare all interested in acquiring the talented Nigerian's services, but first, he will be looking to inspire 14th place Villarreal to La Ligasurvival.

1. He Has Been Called the Reincarnation of Arjen Robben

Despite playing less than 20 matches in Europe,

The comparisons to Robben are completely understandable. The cut/shift to the left and dribbling at speed are both there. Chukwueze still very raw...but what a future he has.

Chukwueze was supposed to come to Arsenal alongside Nwakali after the Under 17 world cup in 2015 Nigeria won but Diamond Academy pulled out of the Deal because Arsenal did not offer enough money.
He signed a 5years deal with Villarreal in 2017.

Chukwueze joined a group of extremely talented youngsters when he became the fourth-youngest goalscorer in La Ligathis season after finding the net in Villarreal's 2-2 draw with Rayo Vallecano last November. 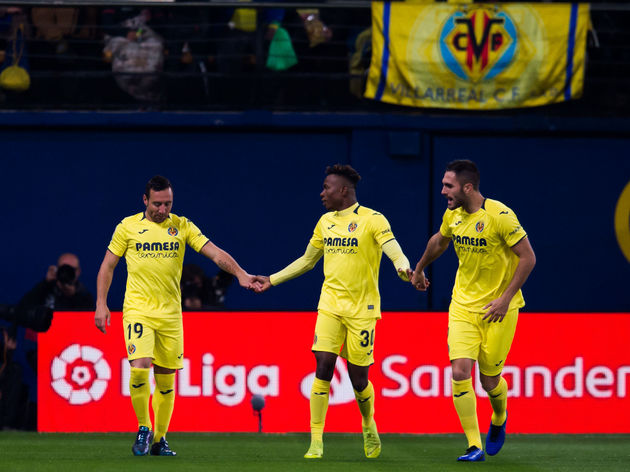 5. He Is Already a World Cup Winner...at Youth Level

Chukwueze made his international debut for the senior Nigeria team in 2018 but had already established himself on the world stage after winning the Under-17 World Cup in Chile.

Nigeria beat Mali 2-0 in the final with Chukwueze starting and playing 80 minutes of the triumphant victory. In addition, the rising star scooped the tournament's Bronze Boot after notching three goals and three assists.

6. Chukwueze's Meteoric Rise Has Proven a Number of Doubters Wrong

Although he has shot to the very top of the football world at the age of 19, Chukwueze's path wasn't always simple with his parents even attempting to hinder his career when he was a young child in Nigeria.

Speaking in an interview with TheCablein 2016, Chukwueze described the efforts his parents would go to in order to stop him from playing football.

Samuel Chukwueze is an absolute star. The Nigerian teenager has Villarreal back in it against Barca. Can't imagine he'll be at the yellow submarines next season. Top class. #LaLiga

“They realised that I love playing football and that I will prefer it to something else. So, they gave their blessings and I became more focused on my football career.”