Pep Guardiola has admitted that he can not control the antics of precocious left-back Benjamin Mendy, stating, "I'm not his father".

Mendy has struggled for form and fitness since his £53m move to the Etihad, missing most of last season with an ACL injury, while he has not seen Premier League action since suffering another knee injury in November. 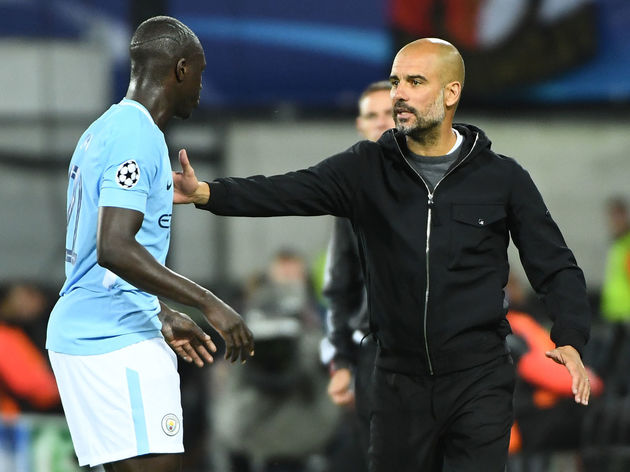 The French World Cup winner has been in training with the first team for the past six weeks, but has still not earned a place in Guardiola's matchday squad, while further incurring his manager's wrath after being pictured partying at 3:30 am, despite having training just a few hours later.

Guardiola voiced his displeasure, but downplayed the incident, saying, as quoted by the Daily Mail: "

"I am not frustrated, I'm a relaxed guy. It might not look like it but I sleep quite well."

Pep said 3:30am , i recorded this the same time. Mendy is goneeeee蠟 pic.twitter.com/uadw29Solz

The injury-prone defender has had a strained relationship with Guardiola in the past, even being exiled from the first team for a week last September after missing injury treatment to watch Anthony Joshua's title fight against Alexander Povetkin.

Manchester Citytrail Liverpoolby two points in the race for the Premier Leaguetitle, but could go above the Merseyside club in the event that they successfully navigate a crucial game in hand.

How many wins will the blues pick up this month? 樂 pic.twitter.com/w20wM4KX7b

Guardiola and his team travel to Wales to face relegation-threatened Cardiff Cityon Wednesday, in a match that has major ramifications at both ends of the table.

The Etihad club will be feeling immensely confident after winning 19 of their last 20 matches, but Cardiff are desperately fighting for survival and came within moments, and a few dubious refereeing decisions, from beating Chelseaon Sunday.