Tottenham defender ​Serge Aurier is set to be made available for transfer in the upcoming summer window after struggling to establish himself at the club.

The right back has struggled to displace Kieran Trippier in Mauricio Pochettino's favoured starting 11, and faces added competition from 21-year-old Kyle Walker-Peters for the position. Now, according to French publication France Football via ​Get French Football News, Spurs are keen on offloading the Ivory Coast international in the summer in a bid to try and raise necessary funds.

The report adds that as of yet no clubs have made their interest in ​Aurier clear, although it is expected the defender's days with the north London club are limited.

​Spurs signed Aurier from French giants Paris Saint-Germain for a fee in the region of £23m, with France Football further claiming that the ​Premier League side are keen on recouping as much of that cash as possible. Having started his professional career at Lens, the full back came to prominence in his time at Toulouse, and showed his versatility by operating as a centre back as well as his more orthodox position.

After impressive displays at the 2014 World Cup with Ivory Coast, Aurier joined PSG on an initial season-long loan later that summer and went on to make 81 appearances for the Parc des Princes side. 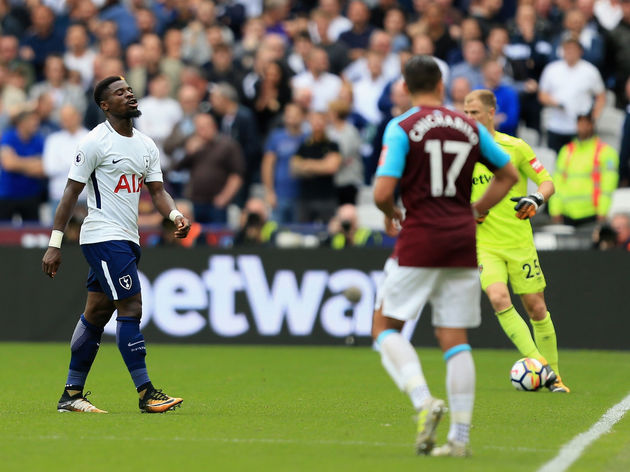 Now in his second campaign at Spurs, Aurier has made a total of just 41 appearances, scoring four times, and has found himself in and out of the side on a regular basis.