​England Women manager Phil Neville has urged the country's top clubs to 'throw open' their stadiums to women's teams in a bid to put women's football on a grander stage and 'blow away the rest of Europe' with huge crowds.

The question on bigger venues, put to Neville by journalist Rich Laverty for Our Game Magazine, comes after record breaking crowds in Spain and Italy have been recorded this year as a result games held in bigger stadiums where male sides normally play.

There were nearly 50,000 people at Bilbao's San Mames in January to see Athletic Club Femenino face Atletico Madrid. Atletico then​ held their own huge game against Barcelona at the brand new state-of-the-art Wanda Metropolitano in March, with more than 60,000 attending.

That crowd set a new world record for a domestic club game, while an Italian national record was set soon afterwards when Juventus Women then drew a crowd close to 40,000 in a game against Fiorentina at the Allianz Stadium in Turin.

But while Wembley Stadium has been used in England for the FA Cup final every season since 2015, with attendance climbing year on year and reaching 45,000 in 2018, club games on these shores are still typically played at non-league grounds or other small venues.

Arsenal, for example, play at Meadow Park, home on non-league club Boreham Wood. Chelsea share Kingsmeadow with AFC Wimbledon, Manchester City use the 7,000 capacity Academy Stadium on the Etihad Campus, while Manchester United play at Leigh Sports Village, a site associated with rugby league, but also home to the club's male Under-19 and Under-23 teams. 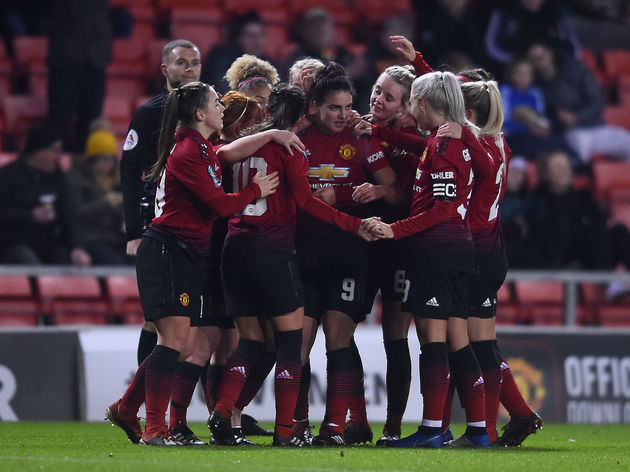 Instead, Neville wants to see English women's teams get the chance to play at places like the Emirates, Stamford Bridge, Etihad and Old Trafford, and match their European counterparts.

The England boss does believe that attendances in England's Women's Super League, which can exceed 2,000, are better and more sustainable than the recent big one-off games in Spain or Italy, but still wants to see a bigger venues occasionally used to push it further.

"There were over 1,500 at Solihull to watch Birmingham versus Arsenal, over 2,000 at Kingsmeadow, we've got a good foundation and I see games in Spain where there are 100 to 150 people watching. As a baseline, I think we've got a bit more sustainability," he told Our Game Magazine. "What I would say is now there are some teams, the big teams, who have got to open their big stadiums and fill them. Let's blow the rest of Europe away because I think the game in this country is at a far better place than what it is in Spain or Italy.

"If Man United or Arsenal win the league, throw open your stadium."

Chelsea recently faced Paris Saint-Germain in the Women's Champions League quarter finals and will soon face five-time winners Lyon in the competition's last four, and Neville suggested this could be the perfect occasion to play at a big venue like Stamford Bridge.

"Chelsea have a big Champions League game, why not play it at Stamford Bridge? I think now my players are at a level where our big clubs have got to open their stadiums and let's blow away the rest of Europe," he said. 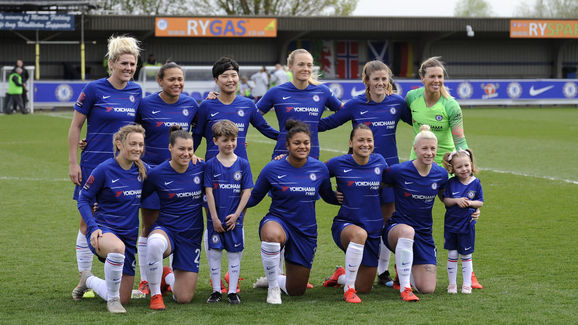 If free tickets are required to initially get the buzz going, the former Manchester United player doesn't have an issue with that either - "Why not?" he asked.

His old club have announced just this week that fans will be granted free entry to a men's Under-23 fixture at Old Trafford on Friday, proving that they are happy to cover costs and not profit from gate receipts if it means promoting a game for a team other than the senior men's side.

As things stand, Old Trafford is actually listed as one of two 'secondary venues' for United Women that 'may or may not be used during the season'. The women's team is yet to play at the Theatre of Dreams since forming last summer, but it proves it has at least been thought about.