Sergio Aguero has been ruled out of Manchester City's clash against Cardiff, with his participation against Brighton this weekend in the FA Cup semi-finals also in doubt.

The Argentine striker was on target during City's 2-0 win over Fulham on Saturday, bagging his 19th league goal of the season with a classy finish over Sergio Rico. However, his afternoon was cut short when he was substituted midway through the second-half after appearing to pick up a minor injury.

Guardiola admitted at the time that it was Aguero's decision to come off, telling his post-match press conference (via ​The Mirror): 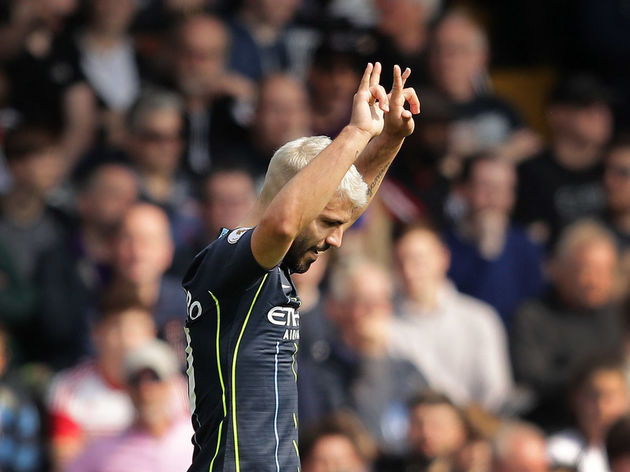 "[On Aguero] He didn’t train last two days, tomorrow he is not able. Maybe [ready for] Saturday, but we will see in the next days." he said, as per​ City's official Twitter page.

Aguero is set to undergo further tests on Tuesday and there is optimism that he will be available for the first-leg of the Champions League quarter-final against Tottenham, which is set to be played at their brand new stadium next Tuesday.

PEP  (On Aguero) He didn’t train last two days, tomorrow he is not able.

Maybe (ready for) Saturday, but we will see in the next days.

The 30-year-old has now managed to register 27 goals and eight assists in all competitions this season, and has played an instrumental role in City's bid to secure an unprecedented quadruple.

He's likely to be replaced by ​Gabriel Jesus, who has become somewhat of a peripheral figure at the Etihad thi season. The Brazilian has found the back of the net 17 times this season, but only six of those strikes have come in the league.