​Borussia Dortumund have confirmed that full-back Achraf Hakimi will miss the remainder of the season after breaking a bone in his foot in Saturday's 2-0 win over Wolfsburg.

The Real Madrid loanee entered the game in the second half as a replacement for the injured Abdou Diallo, but lasted just 24 minutes before being forced off the field after suffering his own injury.

Achraf Hakimi will miss the for the rest of the season due to a broken metatarsal.

​Dortmund took to ​Twitter to confirm the severity of Hakimi's injury, writing 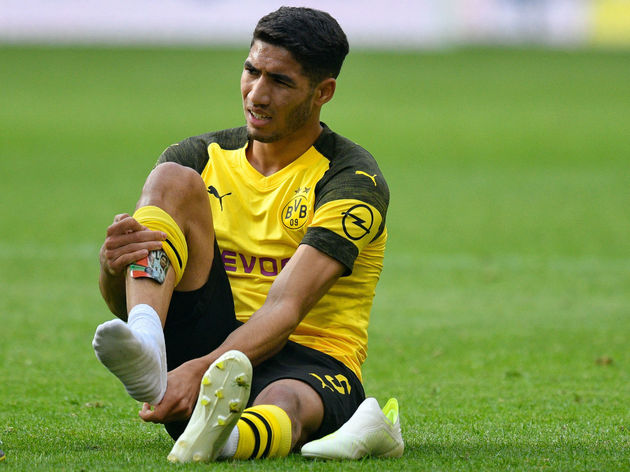