​Manchester United midfielder Ander Herrera wants a new £200,000-a-week contract to remain at Old Trafford, but the Red Devils are refusing to meet his demands.

Herrera, who has been a key part of United's resurgence under Ole Gunnar Solskjaer, finds himself out of contract at the end of the season and is yet to agree on fresh terms. He has been heavily linked with a free transfer to Paris Saint-Germain, whilst Arsenal have also been touted as possible suitors for the midfielder. News of the contract stand-off comes from ​The Mirror, who state that ​Herrera's demands have been altered after receiving a lucrative offer from PSG.

However, it appears as though United are refusing to budge on their offer for Herrera, instead believing that the Spaniard is asking for far too much money. 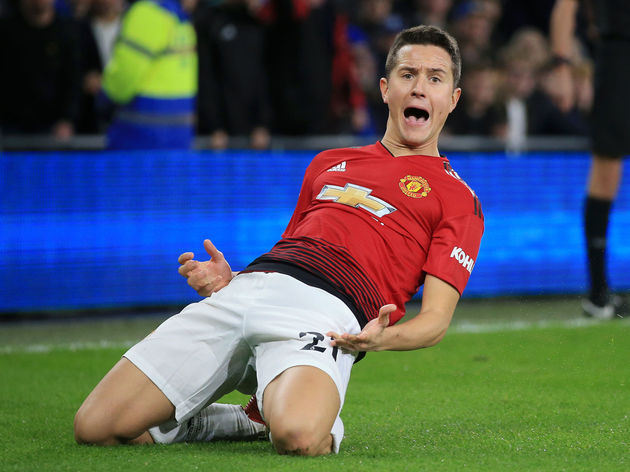 A source inside the club is quoted as saying: “Ander has been a fantastic squad player and the offer we have made him reflects that. We want him to stay. He can be a big part of the future under Ole Gunnar Solskjaer.

“But we have gone as far as we can. We can’t be held to ransom. We have to be realistic about what his value to the club is.”

Herrera has featured heavily since Solskjaer arrived at the club in December 2017. He has made 13 appearances under the Norwegian, but has missed United's last five games after suffering a hip injury.

When you are back training with the team 😁 pic.twitter.com/aAhYF4Ywvs

He is said to want to remain with United, but has yet to reduce his contract demands, which could ultimately force him out the exit door at the end of the season.

Herrera is not the only United star who is currently at loggerheads with the club over wage demands. ​David de Gea and ​Juan Mata are both said to be pushing for high salaries in the wake of ​Alexis Sanchez's £400,000-a-week deal, and it remains to be seen whether United will give in and grant their wishes.