The London Stadium was stunned into silence as Everton ran out comfortable 2-0 winners over an underwhelming West Ham on Saturday afternoon.

It took just four minutes for the Toffees to get their noses in front courtesy of the head of Kurt Zouma, and West Ham struggled in their response to going behind. Everton were by far the better team and doubled their lead just after the half hour mark courtesy of Bernard's second goal for the club. 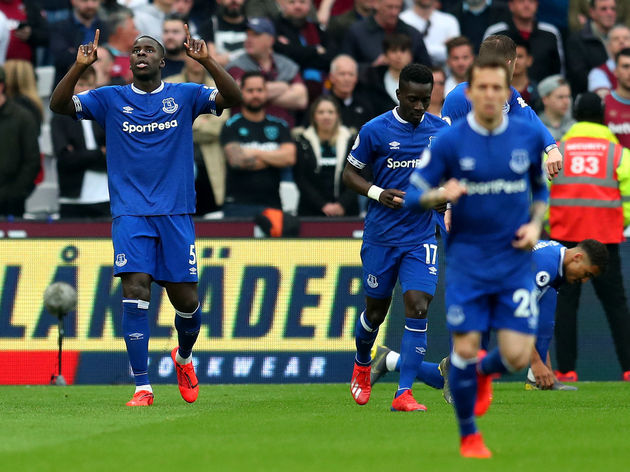 It was a disastrous first half for the home side and Manuel Pellegrini was forced into making a double change coming out for the second half, although it didn't make much of a difference. ​Everton were able to see the second half out with ease and they strolled to a very comfortable 2-0 win.

Here's a breakdown of the evening's events:

Right from the first whilst ​West Ham were outplayed by the visitors. After going behind after just four minutes they didn't respond well at all with Declan Rice and Pedro Obiang swarmed in midfield.

It looked as though every time Everton went forward they would threaten the West Ham goal, and if anything the home side were lucky to go into half time only two goals down. 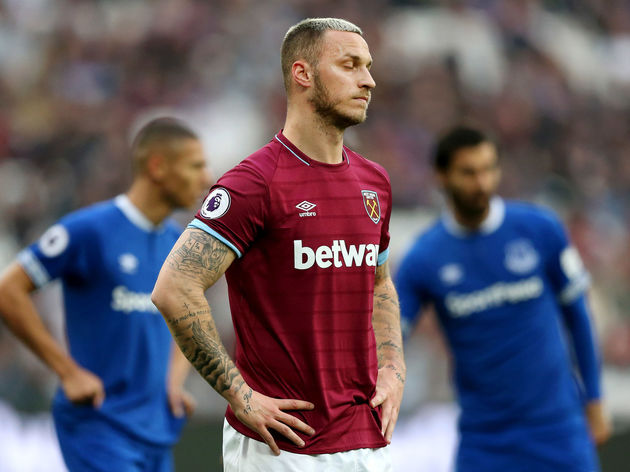 They marginally improved in the second half but were still far from the team we've seen in recent weeks, with their confidence evidently shattered after what was a disastrous first half. A night Hammers fans will want to forget about in a hurry.

STAR MAN - There were very few players who can hold their heads up high after the loss, but had it not been for Lukasz Fabianski things could've been a whole lot worse for the Hammers.

It's just 12minutes and Fabianski has made 4 crucial saves. Some pl Goalkeepers are world-class #WHUEVE

If we all need to agree on something, its that Fabianski is the most underrated GK in the PL

Fabianski looking at the West Ham defence in front of him pic.twitter.com/kM4oTwwwFq

The Polish international made a number of important saves throughout the first half to keep the score respectable and gave his side a chance coming out for the second half. Unfortunately for him his teammates couldn't capitalise, although Fabianski can safely say he did all he could on the night.

In stark contrast to their opponents, Everton pretty much had a faultless night. They suffocated the Hammers in the middle of the park and dealt with everything that was thrown at them on the defensive end - although there really wasn't much of a threat posed to the defenders.

The one criticism you could have for the Toffees on the night was that if they had have been more clinical then they could easily have scored four or five goals, but two goals were enough in the end to secure a comfortable win.

The win will give the Everton players bags of confidence going forwards as they continue their bid to be seen as the best team outside of the Premier League's top six.

STAR MAN - In fairness there were a number of Everton players who put in solid shifts, although Bernard in particular stood out amongst the crowd.

Bernard. MOTM for me ⚽️. #everton

He looked a threat every time he got the ball going forward and showed signs of brilliance whilst in possession. He got the goal he deserved just to round off what was a fantastic night for the Brazilian, who looks to be thriving under the management of Marco Silva.

Things don't get any easier for West Ham, but their fans will still be demanding a response from their team when they travel to Stamford Bridge to take on ​Chelsea next Monday. As for Everton, their set of fans will be delighted with what they saw on the night, and will be hoping for much more of the same when they host ​Arsenal on Sunday afternoon next weekend.
Related Topics:
Transfer News