​Huddersfield Town's relegation from the Premier League was confirmed on Saturday afternoon, as Jan Siewert's side fell to a ​2-0 defeat at Selhurst Park.

Results went against the Terriers as Burnley and Southampton both won, making it mathematically impossible for them to extend their two-season stay in the top flight. 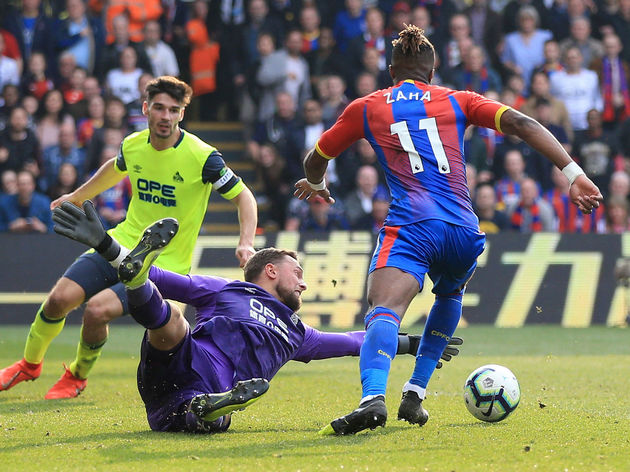 Huddersfield now hold an unwanted record as they became the joint earliest team to be relegated from the Premier League, along with Derby County (2007/08) who lasted one day fewer in the calendar but were also condemned after 32 games played.

The Terriers appointed Siewert as manager after last season's hero ​David Wagner left by mutual consent in January, but the German has not been able to turn around results at the John Smith's Stadium, with the club winning just three games all season and only one under their new boss.

In addition, while Huddersfield hold the division's third worst defensive record, their attack has been their undoing this season. The West Yorkshire side have scored just 18 times in the Premier League so far - nine fewer than Cardiff City (who have a game in hand).

On a south London station sits a lonely Huddersfield fan on his way to the game v Crystal Pace, two stops up the line to Selhurst Park. You have to salute this boy .. 250 miles from home following his team on a day when they could get relegated .. real fan .. pic.twitter.com/h07akJXWBH

Highlighting just how poor the Terriers have been in front of goal in 2018/19 is the fact that their top scorer Karlan Grant was a January signing and has just three Premier League goals.

Although embarrassingly early, relegation confirms what many thought inevitable for some time and now the club, who arrived in the top flight as underdogs in 2017/18, must focus on saving face in their final six games of the season, before returning to the ​Championship.