Bayern Munich could only muster a 1-1 draw with SC Freiburg in the Bundesliga on Saturday - a result which leaves them needing a win against Borussia Dortmund next weekend to reclaim top spot in the division after their rivals beat Wolfsburg late on.

After a bright start from hosts, in which they relentlessly got at their opponents, their bravery was rewarded after just three minutes ​when Lucas Holer glanced a fine header past Sven Ulreich from Christian Gunter's left wing cross. 9 - @scfreiburg is the first team in this season of the #Bundesliga to muster 9 shots against #FCBayern in the first half. Sharpshooters. #SCFFCB pic.twitter.com/vh7HyJkNzV

Neither side made any changes at the break, with Nico Kovac's side more willing to press in the final third in an engrossing encounter. It was Lewandowski who came closest to grabbing the game's third goal, but was unable to apply the finishing touch when played through by Muller.

Bayern were beginning to gain a foothold in the match, with ​Jerome Boateng denied from long range, as the league leaders began to turn the screw. Substitute Serge Gnabry was prevented from bagging his eighth league goal of the campaign by the feet of Schwolow. Gnabry then turned provider for Lewandowski but the Pole was denied his 200th Bundesliga goal by Schwolow once again.

Back for the second half. Only three points will do 

The champions huffed and puffed against their increasingly tiring opponents, yet despite numerous attempts were unable to snatch a winner. With ​Dortmund leaving it late to beat Wolfsburg, the pressure is now on Bayern, and Saturday's result sets up next weekend's clash between the two into a fabulously engrossing game.

With Borussia Dortmund coming up in their next ​Bundesliga encounter, nothing other than a win would do for Kovac's men to maintain their lead and keep the pressure on next week's visitors. 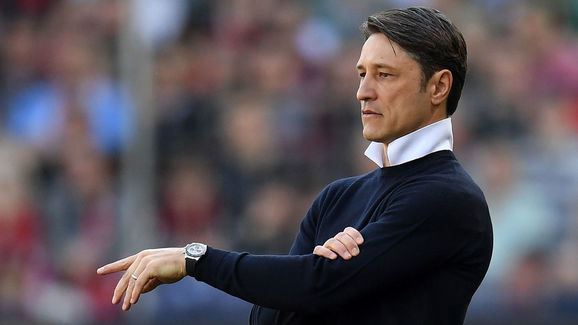 It's fair to say Die Roten were taken aback by the host's blistering start, who weren't afraid to get the ball down and play. Such was their energetic and determined start they took a deserved lead just three minutes in, as well as coming agonisingly close to taking a shock two goal lead - only to be denied by a combination of Mats Hummels and ​Boateng on the line.

Lewandowski's wonderful acrobatic finish sparked signs of a comeback, but Kovac will have had words to say at half time as Freiburg continued to pose a threat. There was a slight improvement in the second period, however, such a performance against Dortmund next weekend will surely fall short of the level required to earn a positive result. There was no lack of trying from Bayern but credit must be saved for how well drilled the opposition were, fully buying into their manager's game plan and looking extremely organised.

Despite utterly dominating the second 45 minutes, no winner was to be found, meaning after Dortmund's late winner in their clash against Wolfsburg Die Roten fall to second in the table.

Lewandowski still got Dortmund in his heart. Refused to score to help them back to the top

Robert Lewandowski just singlehandedly put Dortmund on top of the league. Those have to be on target from a player of his ability. I've honestly never been embarrassed on behalf of a professional athlete before but that's the situation I find myself in.

Honestly, when things are going the way they are, how much worse can it be to play Renato? #Bayern #ActuallyPlayHimKovac The Polish forward scored a sumptuous equaliser to draw his side level but was guilty of missing numerous favourable opportunities handed to him by his teammates. That said, he was a constant menace throughout as he bagged his 31st goal of the campaign.

Robert Lewandowski has scored in four consecutive Bundesliga games for the first time this season.

His link up play and willingness to shoot from every angle embodied his importance in the side, however, his dreadful miss in the dying seconds from just a few yards out could prove crucial in the race for the title as his 200th league goal eluded him.

Next up for Bayern is a midweek DFB Cup quarter final tie against minnows HeidenHeim before arguably the biggest match of the season as they host Bundesliga title rivals Borussia Dortmund at the Allianz Arena.​

Freiburg travel to Mainz in their next encounter, followed by another away trip as they head to the Volkswagen Arena to face Wolfsburg.