​Antoine Griezmann plans to stay at Atletico Madrid next season, despite a recent wave of reports reigniting talk of a summer exit to Barcelona.

The 2018 World Cup winner infamously signed a bumper new contract at the Wanda Metropolitano last summer, after releasing a Gerard Pique-produced documentary entitled 'La Decisión' in which he revealed his intention to reject Barcelona's interest.

In the last few weeks, talk of a summer move has flared up again, with a report claiming ​Griezmann's representatives had sent feelers out to Barça prior to Atleti's disappointing Champions League exit, while ​apologising for the previous year's embarrassment. 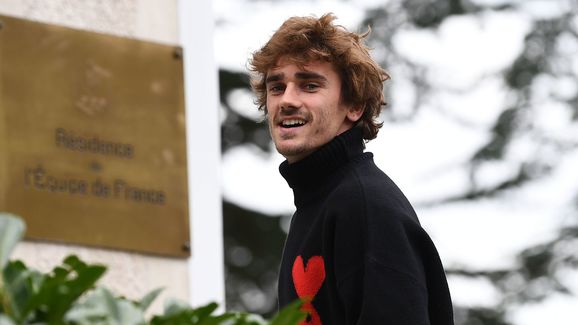 While the seriousness of Barça's renewed interest varied from report to report, ​Griezmann was supposedly even prepared to take a ​hefty pay-cut to push through a move to Camp Nou.

In addition to ​Barça, who are seeking a new striker this summer and have also been linked with Luka Jovic, the likes of ​Manchester United and Paris Saint-Germain had also been tangentially linked to Griezmann.

Now however, Madrid-based daily ​AS claim that Griezmann is going nowhere and has told both the club hierarchy and Diego Simeone that he is happy with the Rojiblancos. ​Atletico Publicly, the player dodged questions on his future during the international break, t​elling Univision that he had grown ​'fed up' with the constant speculation.