​Atletico Madrid striker Antoine Griezmann is now willing to take an €8m-a-year pay-cut to force through his move to Barcelona, in the latest turn of the reignited transfer saga.

Griezmann was all set to join La Blaugrana last July, even giving his word to manager Ernesto Valverde and club president Josep Maria Bartomeu that he would do so, but a last minute appeal from Atletico captain Diego Godin, combined with an offer of more than double his then salary forced him to reconsider. 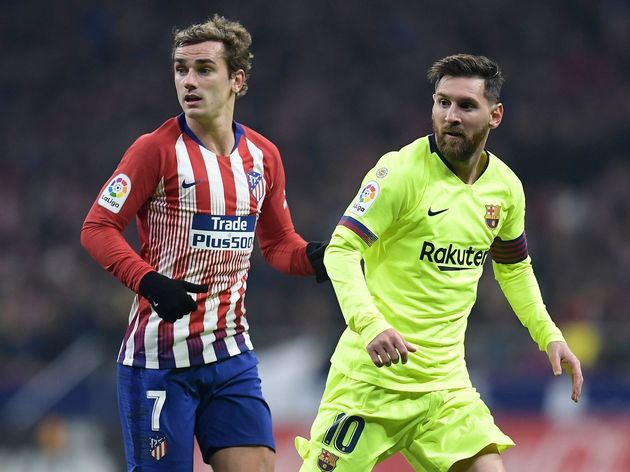 However, ​Atleti's last 16 exit to Juventus has changed this yet again, and a mass rebuilding job looks to be on the cards for manager Diego Simeone, with Godin, Griezmann, Filipe Luis and Saul Ñiguez all potentially looking to join Lucas Hernandez in departing the club this summer.

Last week, ​Manchester United and Bayern Munich (Hernandez's destination) who were named as frontrunners to sign the striker, while ​Barça had apparently ruled out going back in for the frontman after being spurned last year.

Even the player himself seemed to dismiss the Camp Nou speculation, ​telling Univision he was 'fed up' at the constant rumours linking him with the Spanish champions.

However, ​Mundo Deportivo claim that the striker is not only willing to join Barcelona, but that, in order to push a deal through, he is ready to sacrifice his current salary of €24m-a-year - which made him the highest paid French athlete in 2018 - to complete the move.

Zidane set to be given €500million to bring a superstar trio to Madrid. 

It is understood that the agreed upon terms of last year would be used once more in any negotiations this time out, with Barca not keen on increasing their previous offer of €16m-a-year, and Griezmann prepared to take the €8m hit.

As it stands, the 28-year-old's contract contains a release clause of €200m, but come July this will be lowered to €120m as per the terms of the agreement, whereupon the Catalan side could make their move.

However, the World Cup winner is not the only forward on the club's radar, with interest persisting in the younger and cheaper Luka Jovic.