​Chelsea booked their place in the Women's Champions League semi finals for the second season running after securing a 3-2 aggregate win over 2015 and 2017 finalists Paris Saint-Germain.

Reigning Women's Super League champions, Chelsea had opened up a 2-0 advantage over the French giants in last week's first leg. The Blues then held their nerve in the return leg in Paris on Wednesday night, with a narrow 2-1 defeat enough to send them through. PSG went 2-0 up after Kadidiatou Dianito opened the deadlock and Chelsea goalkeeper Ann-Katrin Berger fumbled the ball into her own net from a corner, completely wiping out the aggregate lead with half an hour to play.

But with the tie heading for extra-time, Norwegian international Maren Mjelde connected with a floated Karen Carney cross at the far post to score the decisive goal at the death.

'This goal will make all those months of waiting worth it!' 🙌@FranKirby paid tribute to @MarenMjelde after last night's heroics... pic.twitter.com/Zf5qGJzKpQ

Acknowledging the vocal home support for the Parisians, Chelsea manager Emma Hayes noted how important fans remain to the growth of women's football.

"It adds to the sport that we are playing in front of crowds like that. I can only encourage and congratulate PSG for that. It certainly gave them home advantage which is what it’s all about in this competition," Hayes told ChelseaFC.com.

As for her team's performance, Hayes admitted she was 'disappointed' with how the players managed the game, explaining, "I had to work hard as a coach to keep us in it at times. 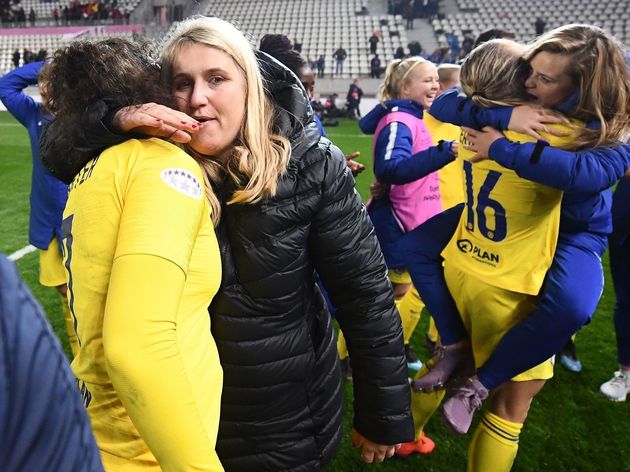 "But I say this without sounding clichéd: if you have a group that is together and a spirited group that fight their way through adversity, which the team did on several occasions tonight, you can stay in the game," she added. After that, Hayes could 'sense' her side would score.

Chelsea now advance to the semi finals, the stage at which they were knocked out by Wolfsburg last season, and will face Lyon, Champions League winners in each of the last three seasons and five of the last eight, for a place in the final in Budapest on 18 May.

If Chelsea are able to find a way to beat their fearsome opponents, including Women's Ballon d'Or winner Ada Hegerberg and England star Lucy Bronze, they would become only the second non-French or German club to reach the final since 2009 after Swedish side Tyreso in 2014. 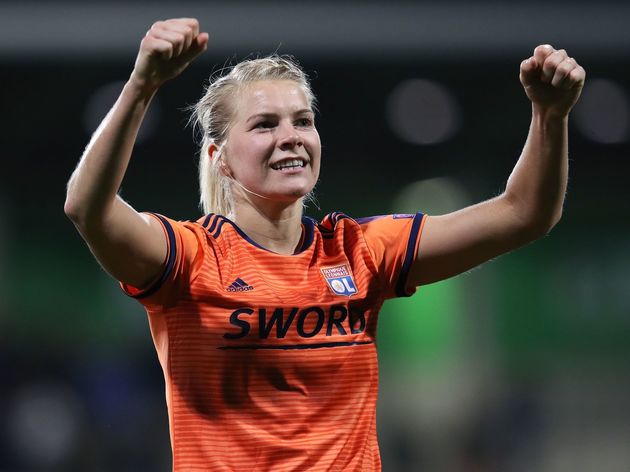 Bayern Munich and Barcelona will contest the other semi final, with first legs to be played on 10/11 April and second legs on 27/28 April.

Arsenal were the last English winners of Europe's elite club competition in 2007, when it was still known as the UEFA Women's Cup prior to its Champions League rebrand a decade ago.