His first summer saw six major arrivals, including Luke Shaw, Ander Herrera, Marcos Rojo and Daley Blind. As a club record signing at £59.7m and recent Champions League winner, Di Maria was the most high profile, while fans were equally excited when Falcao arrived on loan.

Di Maria began in fine form, destroying QPR on his home debut and scoring a memorable chip against Leicester soon after. But it all went downhill after that as the Argentine failed to settle both on and off the pitch, before forcing his way to France in 2015 at a £15m loss to United.

Earlier this year, Di Maria stated he had 'problems with the coach' at Old Trafford.

"Di Maria says it was my problem. I played him in every attacking position. You can check that. He never convinced me in any of those positions. He could not deal with the continuous pressure on the ball in the Premier League. That was his problem," Van Gaal has now told BBC Sport. The issue with Falcao in that first Van Gaal season was different. The Colombian, scorer of 142 goals in just four seasons with Porto and Atletico Madrid, was struggling with the after effects of a serious knee injury when he arrived in England.

Having suffered the problem in January 2014, Falcao had tried and failed to rush himself back to fitness in time for that summer's World Cup. He was officially passed fit in July and joined United, on loan, on 1 September, but it was clear he wasn't ready.

Explaining that Robin van Persie was no longer fit enough for the Premier League, Van Gaal asserted that 'Manchester United needs the best striker in the world'. But he admits that Falcao wasn't the first, second, or even third choice on his wish list of top forwards. "I wanted a first-class striker. I don't want to go through all the names but when you can't have the first or second choice, you have to be happy with the fourth or fifth, so Falcao came into the picture but we knew in advance he was injured. That is why I said we should take him on loan," he said.

Falcao managed only four goals in 29 appearances for United. He subsequently joined Chelsea on loan the following season and had an even worse record. It was only after he later returned to Monaco in 2016 that he finally began to rediscover something like his pre-injury form.

As for Schweinsteiger, who joined United in 2015 ahead of Van Gaal's second season after previously enjoying much success under the Dutchman at Bayern Munich, the problems were similar, with injuries severely limiting the revered midfielder's impact. 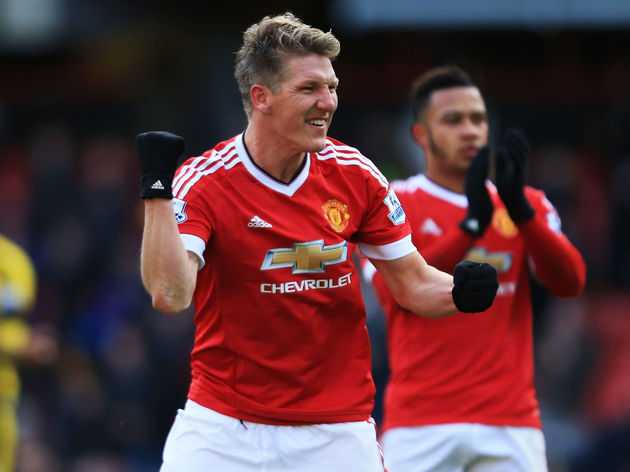 "I brought Schweinsteiger in because we needed a captain on the pitch. He didn't do it. He was injured. He had an excuse," Van Gaal commented.

The 2014 World Cup winner was effectively banished from the first team by Jose Mourinho following Van Gaal's departure, playing just four times for the Portuguese - never in the Premier League - before trading United for Chicago Fire and Major League Soccer in March 2017.