​Chelsea are adamant that England winger Callum Hudson-Odoi will not be sold this summer ahead of the club's two-window transfer ban.

Hudson-Odoi was the subject of several failed bids from Bayern Munich in January, reportedly reaching up to £40m in value, and he is still heavily coveted by both the Bavarians and Manchester United ahead of this summer's transfer window. However, according to the ​Times, the Blues remain adamant they will not sell the 18-year-old, despite this stance leading to the possibility of the talented youngster leaving on a free when his contract is up in June 2020.

The club have been desperately trying to rectify this situation by offering him a new five-year deal worth a reported £80,000-a-week, but their efforts have so far been in vain and relations with his representatives have soured.

While the club would still receive a morsel of compensation for a free agent transaction, the highest such fee in ​Premier League history is £6.5m, garnered by Burnley in the sale of Danny Ings to Liverpool, just less than an eighth of the £40m they could receive this summer.

Maurizio Sarri's side are set to undergo a one-year embargo from buying players in the transfer market, subject to one final appeal, and this has made them reticent to lose their precocious youngster, especially if ​Eden Hazard finally ups sticks for Real Madrid.

The Blues are thus gambling that the Englishman would come around to the idea of staying in west London once regular game time was assured. However, it is understood that, despite a slight increase in playing time since his transfer request was turned down in January, his subsequent call up for England has convinced him further that his future lies elsewhere. 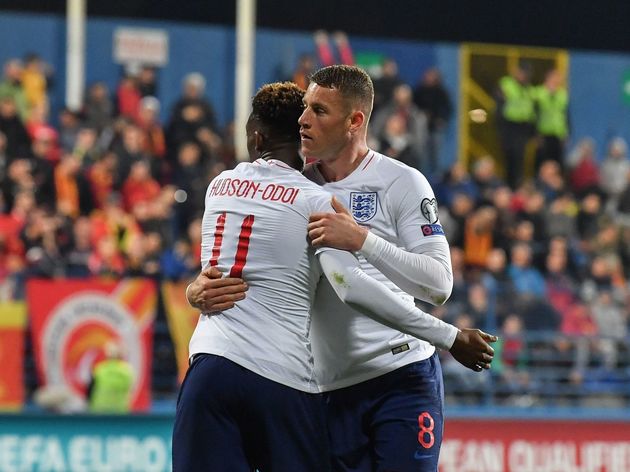 The winger was initially named in the Under-21 side, a personal first, but he quickly graduated to the senior squad when Marcus Rashford pulled out of the squad and made his first start against Montenegro in the 5-1 win, a feat he is yet to achieve with ​Chelsea in the Premier League.

After notching an assist and impressing throughout, Three Lions Boss Gareth Southgate, as quoted by ​BBC Sport, exclaimed: "It was a fabulous performance. He showed what we have been seeing all week. His application has been excellent."