As the old saying goes: "If you're good enough, you're old enough". We saw that on show as Chelsea wonderkid Callum Hudson-Odoi made his England debut on Friday at the tender age of 18, despite having yet to make his first Premier League start.

The Three Lions are blessed with some of the finest youth sides in the world, and Gareth Southgate certainly has a crop of hungry youngsters knocking on his door, all looking to follow Hudson-Odoi onto the pitch at Wembley Stadium.

Here are seven teenagers who could be next in line for an England call-up.

Phil Foden seems to have been around ​Manchester City's first team for years, but he is still just 18 years old. The midfielder was one of the stars of England Under-17​'s World Cup triumph in 2017, winning the Golden Ball award, and it seems just a matter of time before he makes the jump to the senior side. 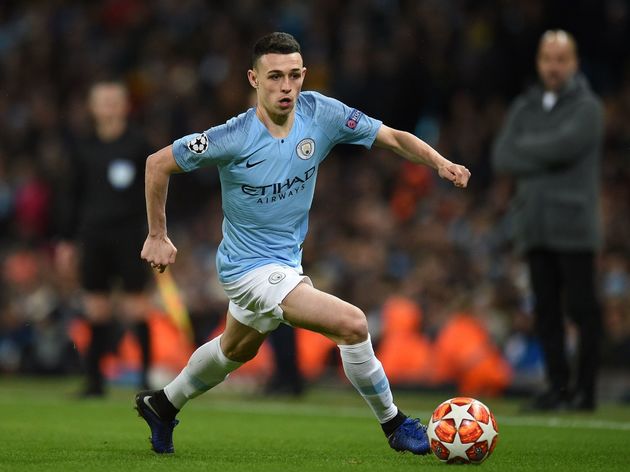 'The Stockport Iniesta' has serious competition for places in City's midfield, but always turns up when he is given a chance to shine. His creativity and composure are excellent for someone so young, and there's a reason why Pep Guardiola wants to keep him around.

Foden's first test must be to earn more minutes with the Citizens but, as we have seen with Hudson-Odoi, Southgate is not afraid to bring a youngster through if they have the talent. Fortunately for Foden, he's got the talent, and then some.

Already a regular feature for his club, Morgan Gibbs-White must be incredibly close to his first England call-up. The silky midfielder loves to get on the ball and burst forward, and he provides that dynamic spark which never fails to get you off your seat. Another of those to have lifted the Under-17 World Cup, Gibbs-White netted in the final to cap off an excellent tournament, and he shows no sign of slowing down.

At 19, the sky really is the limit for the ​Wolverhampton Wanderers starlet. Could an England cap be his next triumph?​

If Jadon Sancho merits an England call-up, how about Reiss Nelson? The ​Arsenal loanee has been tearing it up in the ​Bundesliga with Hoffenheim this season, but often finds himself flying under the radar as Sancho continues to steal the show. Another tricky winger, Nelson has a keen eye for goal​ and, despite being just 19 years old, is not intimidated by the prospect of going up against seasoned veterans. In fact, he looks to be relishing the chance to do so.

Unai Emery will surely have been impressed with Nelson's development this season, and Southgate will likely have been watching as well.

A regular for England's youth sides, Oliver Skipp has slowly started to make himself known to ​Tottenham Hotspur fans this season, and his two assists in the 7-0 mauling of Tranmere Rovers in January certainly caught the eye. Mauricio Pochettino has a reputation for fielding young players, and Skipp looks set to become the next in a long line of success stories.

The 18-year-old midfielder​ will only grow in confidence and ability as the years roll on, and he could certainly help out the Three Lions in one of their weakest positions.

At just 17 years old, Mason Greenwood still has plenty of time to make his England debut, but the call could certainly come soon if he keeps up his ludicrous goalscoring form. The ​Manchester United youngster has been scoring goals for fun in youth football, similar to Hudson-Odoi last season with ​Chelsea's academy. He already looks far too good for that level, and senior football will undoubtedly be just around the corner.

The biggest testament to Greenwood's form came as Ole Gunnar Solskjaer opted to bring the youngster on against Paris Saint-Germain, with the Red Devils needing a goal to advance. The club know what they have in Greenwood, and he will likely be an England star for years to come.

As one Chelsea wonderkid makes his England debut, another could soon follow. Many Blues fans will tell you that Reece James is the second jewel in the academy's crown, and he has certainly been justifying that praise on loan with ​Wigan Athletic.

Another point on the board. We keep fighting. pic.twitter.com/pLH0z66b1j

Whether as a right-back or a central midfielder, James always looks as though he has around ten years of experience under his belt, so you would be forgiven for not realising this season is the 19-year-old's first taste of senior football.

​With Chelsea's transfer ban looming, James could be set for a run in the first team at Stamford Bridge, and an England call-up could follow soon after.

You don't get linked with Arsenal and Tottenham unless you're something special, and Max Aarons is no exception. The full-back has been one of ​Norwich City's standout performers this season, and there's a reason why the Canaries are top of the ​Championship. 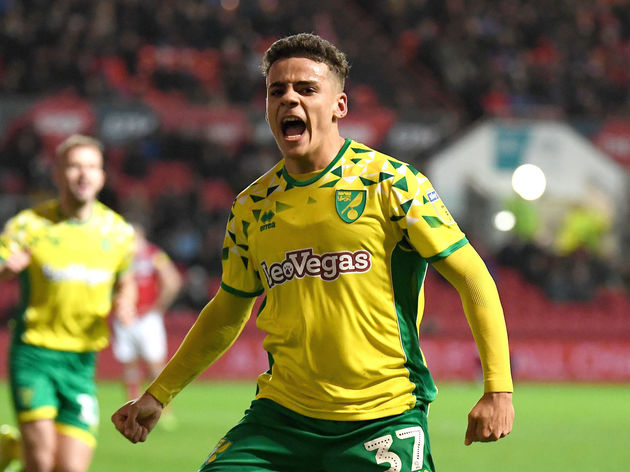 The 19-year-old loves to burst forward on either flank, and has a keen eye for both a shot and a cross. Defenders cannot handle his energy and creativity, and he has helped turn Norwich into one of the country's most exciting sides.

Such form does not go unnoticed, and he could soon be facing a call from Southgate, especially if Norwich earn promotion to the top flight.