​Real Madrid manager Zinedine Zidane is set to authorise a €80m move for Juventus midfielder Miralem Pjanic, who is reportedly considering his future at the club.

The Bosnian signed a new contract with Juventus last summer to put an end to rumours linking him to Chelsea and Paris Saint-Germain. However, his new deal has not halted talk of an exit from the club, and he could leave in search for a new challenge. 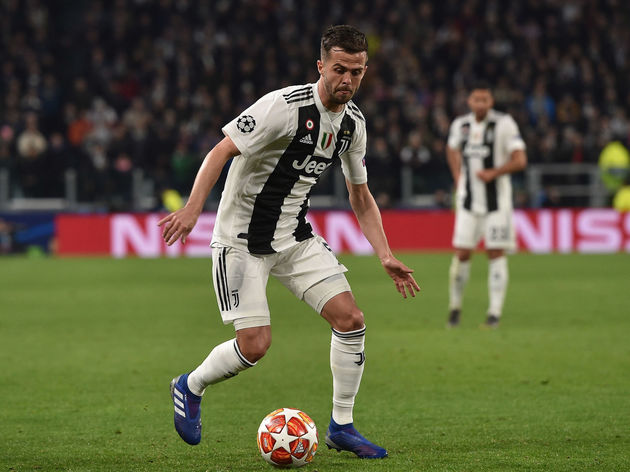 According to a report from ​ilBianconero, Pjanic's representatives will meet with ​Juventus at the end of the season to discuss his future and whether he would like to leave the club.

His annual wage is set to increase from €4m to €6.5m next season and whilst Juventus are prepared to pay him such a salary, they are also open to the idea of him moving on, and will entertain reasonable offers if the 28-year-old wants to leave.

Zidane is said to be desperate to bolster his midfield options and sees Pjanic as the ideal man around whom to build his squad. The Bosnian is widely regarded as one of Europe's best in his position, and ​Real want him to help them bounce back from a disappointing season. Los Blancos reportedly see Pjanic as the ideal replacement for ​Toni Kroos, who has struggled greatly for form this season. The German has spent five years at the Santiago Bernabeu, but Zidane is thought to be pushing for the club to replace him with Pjanic this summer.

Should Kroos leave the club, both ​Manchester United and Paris Saint-Germain will compete for his signature. United are especially keen on signing the World Cup winner, having been regularly linked with him during his time with ​Bayern Munich.

Selling the 29-year-old would give Zidane a sizeable amount of funds with which to work, and he will likely reinvest that money in Pjanic, who could cost around €80m.

Zidane has already secured the signing of Porto's Eder Militao, and looks set for a busy summer. The likes of ​Christian Eriksen and ​Eden Hazard are also thought to be on his wish list, as Real look to assert their European dominance once again.