Eric Dier's international break has been cut short after he picked up an injury in the early stages of England's 5-0 win over the Czech Republic.

The 25-year-old was forced off inside the opening 20 minutes at Wembley, being replaced by Chelsea's Ross Barkley in the heart of midfield. 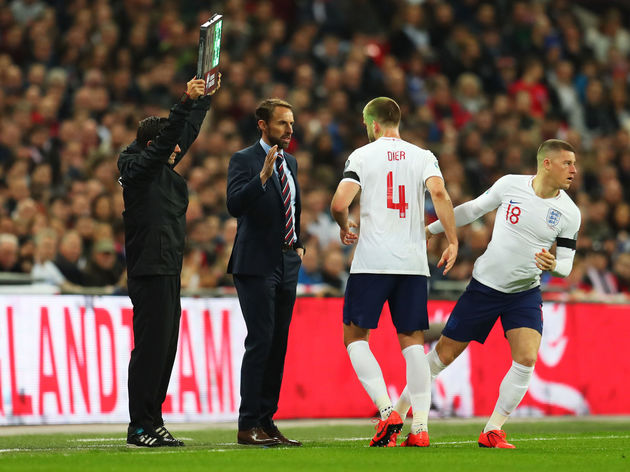 "I think he will go back to his club," England manager Southgate told Sky Sports. "Hopefully not too serious, bit of a muscular injury but he won't be right for our second game."

Even though Dier's absence will open up space in the senior squad, Southgate has ruled out the possibility of calling up someone from the Under-21 side - who drew 1-1 against Poland on Thursday - for their upcoming match against Montenegro.

"No, we will have a look [to] just see everyone else in the morning and assess," he added.

England win 5-0 and all I care about is whether Eric Dier is okay....

Monday's opponents Montenegro will be without their marquee player Atlético Madrid