​Newcastle United will reject the chance to sign Chelsea winger Kenedy at the end of the season, after the Brazilian's inconsistent season on loan at St James' Park.

Kenedy enjoyed an impressive run of form with the Magpies last season, prompting Rafa Benitez to extend his loan deal last summer. However, his form this year has dipped, and the Brazilian has lost his place in the lineup as a result.

​Newcastle will likely be given the chance to either further extend his loan or sign ​Kenedy outright but, according to the ​Northern Echo, the club are set to reject both options.

The 23-year-old has managed just one goal and one assist in 25 matches this season, both of which came in the first 12 matches of the ​Premier League campaign. His form has been incredibly inconsistent, and Benitez opted to drop the utility man from the starting lineup in December.

He has since started just one league game, instead regularly being used as a late substitute. In Kenedy's absence, new record signing Miguel Almiron has featured heavily on the left of Newcastle's attack, impressing fans with his creativity and work rate. 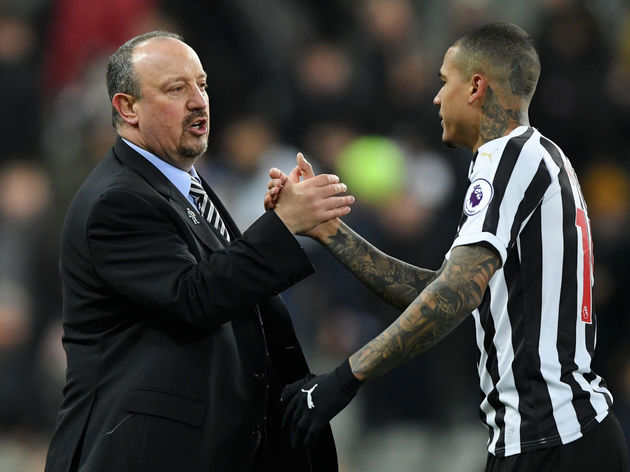 The Paraguayan has looked to be the player many hoped Kenedy would be at the club. Many supporters were initially incredibly excited to see the Chelsea man extend his stay at St James' Park, but he has drastically fallen down the pecking order and has even been completely omitted from a matchday squad on six occasions since December.

The 23-year-old's future now seems incredibly uncertain. He struggled for consistent game time with parent club ​Chelsea, despite impressing in many of his brief cameo appearances, and his poor form this season will certainly not have convinced the Blues to keep him in their squad. A return to Brazil has been rumoured, whilst ​Bundesliga giants ​Bayern Munich were said to be keen on a potential deal last summer.