​Manchester United midfielder Ander Herrera is reportedly set to extend his stay at Old Trafford, despite reports linking him with a free transfer to Paris Saint-Germain.

The Spaniard finds himself out of contract this summer and is yet to agree on fresh terms, prompting ​reports that he could swap Manchester for a bumper payday in Paris when his  deal expires.

However, contrary to earlier reports the ​Manchester Evening News claims that ​Herrera has not been in contact with PSG and instead expects to sign a new contract with ​United.

The Red Devils remain confident they will be able to strike an agreement in the near future, whilst those close to Herrera also expect the midfielder to renew his contract to stay part of the club for the foreseeable future.

The 29-year-old has been a vital part of Ole Gunnar Solskjaer's revolution at United, lining up alongside ​Paul Pogba and ​Nemanja Matic in a physical midfield trio. He has missed just five matches under the Norwegian, four of which came as a result of a hip injury, but quickly returned to the lineup for the 2-1 loss to ​Wolverhampton Wanderers on Saturday. 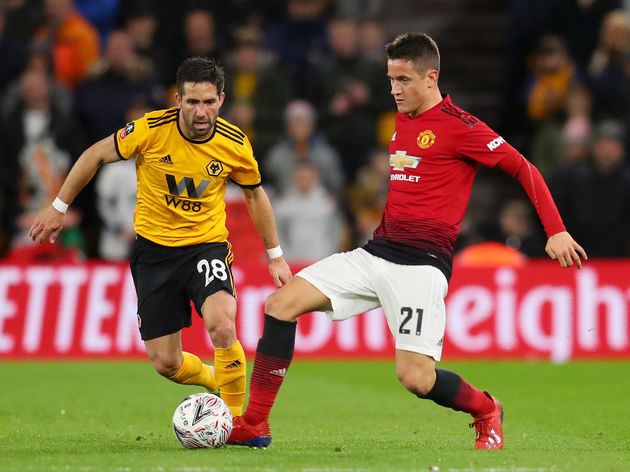 In total, Herrera has made 25 appearances this season, contributing three goals and three assists, including the second goal of Solksjaer's reign in a 5-1 win over ​Cardiff City in December 2018.

His role as a crucial cog in United's midfield is set to be rewarded with a new contract in the near future, with the Red Devils not concerned by links to PSG.

However, this confidence is not shared when it comes to the contracts of both Antonio Valencia and ​Juan Mata. The former is set to leave the club at the end of the season after United rejected the chance to extend his deal, whilst an agreement is yet to be reached with Mata.

The 30-year-old is said to be demanding a new two-year deal, but United officials are reluctant to offer him anything more than a 12-month extension as a result of their policy towards players over 30.