Manchester City forward Georgia Stanway has signed a new contract, keeping her at the club until 2022.

The 20-year-old signed a three-year extension with the Citizens, having been at the club since 2015. She has spent her entire senior career with City, and earned her first call-up for the England Women’s side last year.

Delighted to announce that @StanwayGeorgia has signed a three-year extension at the Club! ⚽️

As quoted on the club’s official website, Stanway said: “It’s amazing, I’ve been here for four years already and I’ve loved every single minute. To be here to stay is a massive achievement and I can’t wait to get going again.

“This is where I feel at home and this is where the majority of my development has happened. I’m in the best possible position to move forward and I’m happy here.” 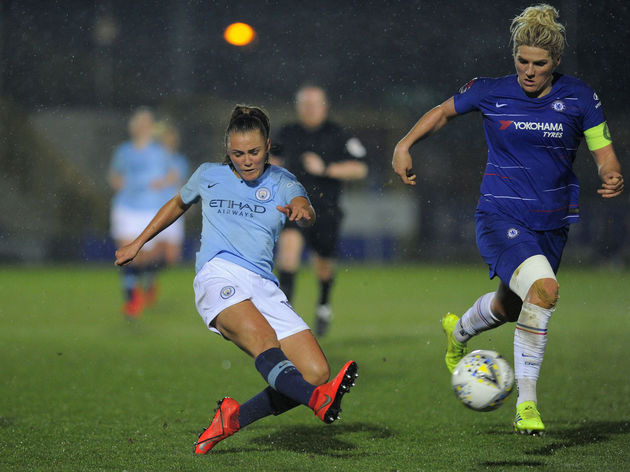 She has had an excellent season at City, with the club sitting top of the Women’s Super League with three games to play. The England international has scored 15 goals for the Citizens, helping them remain unbeaten at the top of the table.

Stanway joined Manchester City four years ago, signing when she was just 16-years-old from Blackburn Rovers.

Her career with the club ​penalty shootout final win over Arsenal The English forward has also found success with the national team, having represented the Lionesses at five different levels. Stanway helped England to a third place finish in the Under-17s and the Under-20s World Cup, as well as being appointed captain for the former.