Man Utd Transfers: 4 Problem Positions & the Players to Sign to Fix Them This Summer

Barring an almighty collapse in the final months of the season, an incredibly odd decision by Ed Woodward (entirely possible), or the acquisition of Mauricio Pochettino, Ole Gunnar Solskjaer is likely to be confirmed as Manchester United's next permanent manager.

Solskjaer's impact since arriving at Old Trafford in December has been ​huge, and a large chunk of the United fan base are already convinced the Norwegian should be given the position long-term. 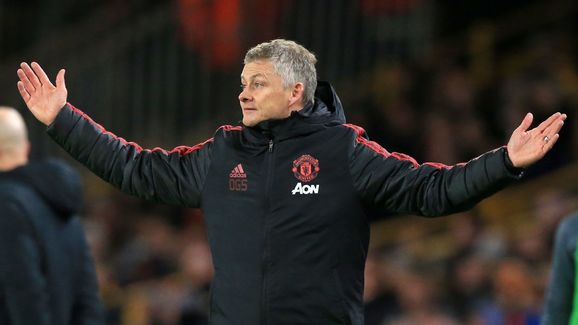 And if Solskjaer does get the job, it'll be the former United striker who will be integral to decisions made in the transfer market over the coming months. Along with that technical director who has been talked about all season.

Whether that appointment happens or not, you can presume United will spend. Previous reports have suggested ​United will have as much as £200m to blow in the summer market,

Any Man Utd fans: Who would you like to realistically sign this summer, and how many positions need strengthening?

Simple really. Let's get on with it then. United may have Diogo Dalot, but at some point in the next couple of years, they are going to need another player to come in and provide competition at right back. Antonio Valencia is leaving the club, and Ashley Young doesn't have long left despite his run in the team this season and his recent new contract.

As things are going at the moment, ​Crystal Palace's Aaron Wan-Bissaka would look like a very solid purchase - even with an inflated price tag because of the very real thing that is English Player Tax.

Reports have him priced up at £40m, but given his age (21) and his defensive statistics - he is among the best tacklers in Europe's top five leagues, and the stats prove it - it's looking like Wan-Bissaka will be one of the best full backs in the country for the next decade.

With AWB and Dalot, United need not worry about this position again for a long time. Ah, the centre back. Manchester United have been linked with an unlimited number of central defenders (well, I've counted nearly 50 actually) since Jose Mourinho decided Victor Lindelof and Eric Bailly weren't good enough at some point in late 2017.

While his assessment has proven wrong on the Swede, Bailly has yet to kick on and there are some actual concerns Mourinho might be right in his case. You can't play with one centre back though, and when the other options are Chris Smalling, Phil Jones and Marcos Rojo, you've got to realise that yes, Manchester United do need a new centre back. At least one. Very soon.

Raphael Varane is the latest name to be linked, but you have to think Real Madrid aren't silly enough to sell - ​even amid reports he wants a new challenge - and Matthijs de Ligt is probably going to join Barcelona. 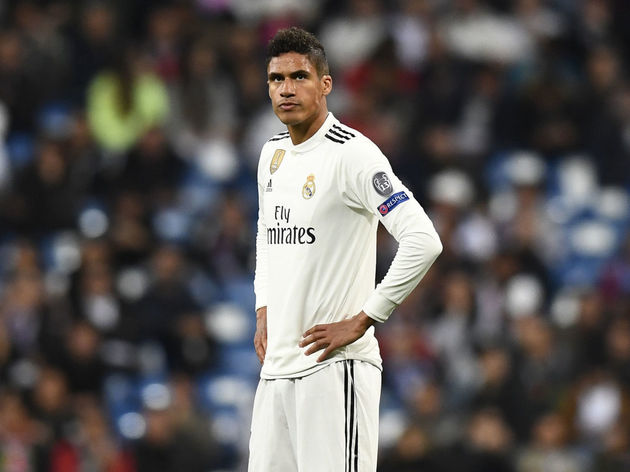 Kostas Manolas is the cheap option, Milan Skriniar a viable one, and Toby Alderweireld, while also a snip at £25m, is now just about getting to the age where you'd expect a drop off in form isn't too far around the corner. So At no point was this ever going to be cheap.

Central midfield is perhaps one of the less obvious positions that Manchester United need to strengthen, but it's among the most vital. Nemanja Matic's upturn in form since Ole Gunnar Solskjaer's appointment has been noticeable, but there's an obvious upgrade to be made. Matic is slow in body and mind, and he's the wrong side of 30. It's downhill from here.

Tanguy Ndombele is one of the most in-demand midfielders in Europe. He's shone for Lyon in the Champions League this season and possesses qualities to fit seamlessly into any of United's typical midfield roles.

Ndombele has put himself on the map as a box-to-box player for Lyon, earning comparisons to Michael Essien, but he's intelligent enough to feature deeper if needed. His progressiveness with the ball and ability to transition defence to attack is a quality this United are crying out for, and at 22 he's got plenty of time ahead of him to improve.

United may even need another player here, especially ​if Ander Herrera leaves for PSG, with Bruno Fernandes and soon-to-be free agent Adrien Rabiot being other options. We've already spoken about Aaron Wan-Bissaka being the answer to a problem position for the next decade at right back, and Jadon Sancho could do exactly the same thing further up the pitch. Imagine that partnership for club and country.

Sancho is one of the most exciting prospects in European football at the moment, had the balls to go and try and prove himself in another top league, and even more impressively, he's actually managed to do so. United fancy their chances of convincing Borussia Dortmund to sell the 18-year-old and should go all out to see it through.

United's right side has been a problem position for years. Gareth Bale has long been the man touted to fill it, but his years at the top are numbered, so United are sensible to instead focus on someone younger. And