Italy welcome Finland to Stadio Friuli on Saturday night, as they both begin their Euro 2020 qualification campaigns.

The Azzurri are aiming to qualify for their tenth European Championship in their history, as they look to win the trophy for the first time in 52 years. The Italians have come close to adding to their sole victory, having reached the final twice this century.

On the other hand, Finland are hoping to reach the European Championship for the first time ever, having never participated in the tournament's 58-year history. They will be looking to build on from their Nations League success, having earned promotion to League B.

While Italy have no new injury concerns since Roberto Mancini announced his squad last Friday, there is one notable absence. 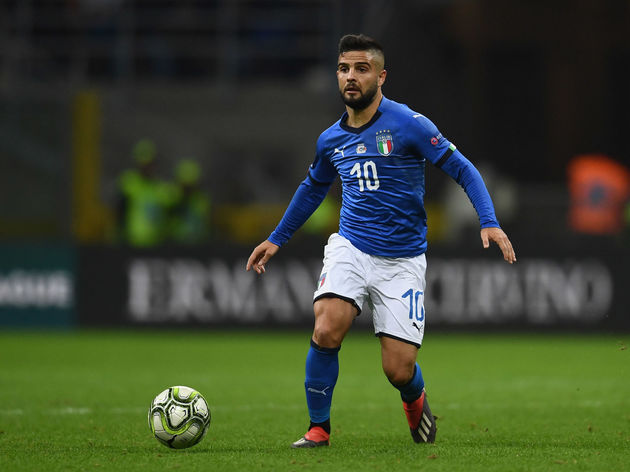 Forward Lorenzo Insigne is unavailable due to muscular problems, with the ​Napoli man's absence surely a big blow for Mancini's side.

Finland have no changes to make to their originally named squad, as they travel to Udine with no fresh injuries. There have been 13 previous meetings between Italy and Finland, with the former having the far superior record. The Azzurri have been victorious 11 times, with Finland prevailing just once.

They last met in a friendly in June 2016, as Italy were preparing for Euro 2016. The Italians won 2-0 in Verona, prevailing thanks to goals from Antonio Candreva and Daniele De Rossi.

Italy have kept a clean sheet in nine of their last ten encounters with Finland, scoring a total of 32 goals in their 13 encounters. Finland's record against Italy is remarkably poor, last beating them a staggering 107 years ago in a 3-2 win at the Stockholm 1912 Olympic Games. Italy are unbeaten in their last four fixtures, keeping three consecutive clean sheets in the process. Their Nations League debut was a strong start but to no reward, as they finished second behind Portugal in Group A3.

Finland ended 2019 with back to back defeats and no goals scored, though it was a successful year overall. The Eagle-owls prevailed in their Nations League group, defeating the likes of Hungary and Greece to win the fiercely contested Group C2 and secure promotion to League B. With Group J containing nations such as Bosnia and Herzegovina and Greece, both sides will be eager to kick off with a win. While Italy are the favourites to win the group, they can't take any game for granted and desperately need to qualify after missing out on last summer's World Cup.

Finland will have the belief that they can win in Udine, but a revitalised Azzurri side under Roberto Mancini looks to be too strong for the Scandinavians. Italy should win comfortably on Saturday, as they look to return to the glory days of Italian football that are so missed.