Spain welcome Norway to the Mestalla on Saturday night, as both sides get their EURO 2020 qualifying campaign underway.
La Roja will be aiming to reach their seventh consecutive European Championship, as they hope to continue their excellent record in the tournament. They will be eyeing up glory once again, hoping to win the tournament for the third time in the last four editions.
Meanwhile, Norway are aiming to reach the tournament for only the second time in their history. Their sole appearance came at EURO 2000, where they actually beat Spain in their first ever European Championship game.
Here is 90min's preview of Saturday's European qualifier.

After Spain's squad was named last Friday, there has only been one change. They are now without Fabian Ruiz, who had to pull out of the squad through illness. The ​Napoli man has been replaced by ​Atletico Madrid's Saul Niguez, who could ​soon be leaving for Manchester City.

Norway are not expected to have any fresh injuries, with Kristoffer Ajer recovering from a head injury in time to be available for Saturday's trip to Valencia. 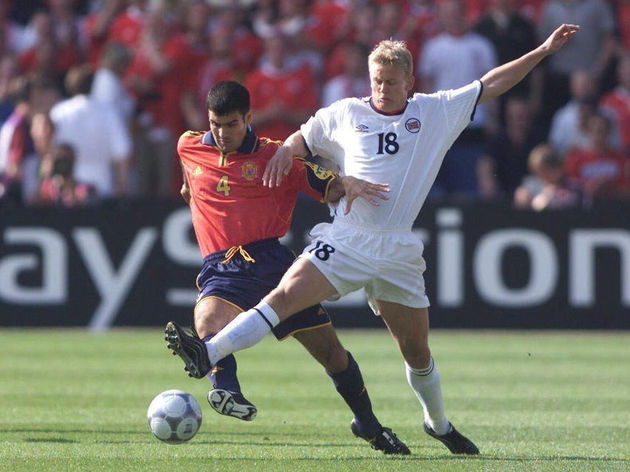 Spain and Norway have met six times before, with La Roja winning four of their meetings and Norway recording just one win. Their only victory came back at EURO 2000, as a Steffen Iversen goal secured a famous 1-0 win in their first ever European Championship game.

The last time these two sides met was in the EURO 2004 playoffs in November 2003, where Spain were victorious. The Spanish won 2-1 in the first leg, before prevailing 3-0 in the second leg to qualify for the upcoming tournament in Portugal.

Spain have managed to keep clean sheets in four of their six encounters with Norway, while Saturday's visitors will be looking to beat La Roja for the first time in 19 years. ​Both sides are returning to action for the first time in four months, having not played since their Nations League debuts. Spain finished second in Group A4 behind England, ending 2019 with back to back defeats to the Three Lions and World Cup finalists Croatia.

On the other hand, Norway earned promotion to League B as they topped Group C3. The Lovene are in strong form, as they are unbeaten in their last four matches and only lost one of their ten internationals last year.

While Spain look to be clear favourites, it won't be an easy night in Valencia. Though Norway sit 39 places below Luis Enrique's side in the world rankings, they will be eager to qualify for next year's tournament and will hope to build on from their successful Nations League campaign.
However it seems that Spain's experience, depth and overall strength will be too much for their Scandinavian visitors, as La Roja look likely to begin their EURO 2020 qualifying campaign with a win in Valencia.