​Borussia Dortmund sporting director Michael Zorc believes club captain Marco Reus will remain at the club for the rest of his career.

The 29-year-old has become an irreplaceable figure at Dortmund since returning to his boyhood club in 2012, and Zorc has insisted that he cannot envisage Reus leaving the club before the end of his current deal. 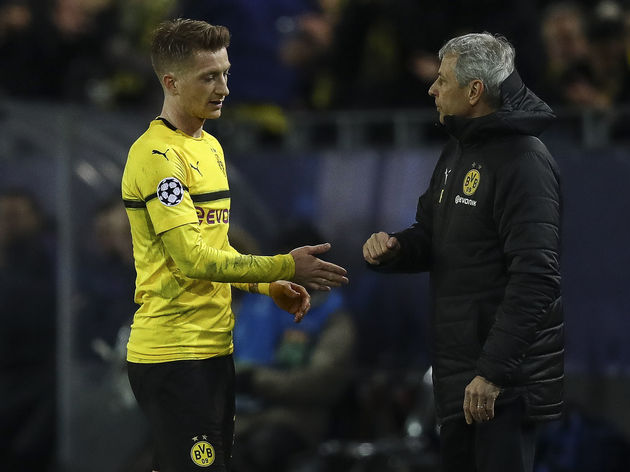 In an interview with ​Sport Bild in Germany, Zorc stated: ​Dortmund

"He is respected by all.

​Reus was handed the armband by manager Lucien Favre before the start of the current season and the German international has excelled in his new role, leading by example with 15 goals in 22 Bundesliga appearances.

Predominantly used in an attacking midfield position, Reus has helped guide Die Schwarzgelben to the top of the division - level on points with ​Bayern Munich - and Zorc has praised the player for possessing 'a natural authority'.

Dortmund were eliminated from the Champions League round of 16 by ​Tottenham Hotspur earlier this month - losing 3-0 in the first leg at Wembley Stadium - which according to the German magazine, prompted a rousing speech by the authoritative attacker.

Reus has struggled with several injuries during his time at the Signal Iduna Park, missing Germany's 2014 FIFA World Cup triumph with ankle ligament damage, as well as being sidelined for Dortmund's 2017 DFB-Pokal win - the first major trophy of his career.

 #Löw: "Marco Reus has been in fantastic form and can play a leadership role in this team - just like he does with Dortmund. For him it's always a question of fitness. His individual quality is huge." #DieMannschaft #GERSRB pic.twitter.com/h4AImeaw2m

If not for the injuries, Reus may well have left Dortmund many years ago, but his unfortunate medical history has kept him at BVB and Zorc expects him to see out his current contract, which was signed one year ago and runs until 2023.