All six of Suarez's appearances for Arsenal so far have come from the bench and it has been suggested that the Gunners have already made the decision not to exercise their option for a permanent deal at the end of the season, in favour of looking at alternatives.

Looks like Denis Suarez has seen the rumours claiming he’ll be sent back to Barca this summer. He posted this on Instagram. pic.twitter.com/IX5tdt5tzE

Suarez himself responded to the gossip with a social media post that read, 'Let them keep talking', but it appears he is fighting an uphill battle to prove himself before the summer.

According to Laurens, speaking on Premier League Today (​as quoted by Daily Mirror), quality has been the issue.

"It hasn’t really worked out for Suarez. It is nothing Emery could have guessed before, anyone else at the club, not even Suarez," the journalist explained.

"It turns out even at training maybe Emery has seen that he was not good enough to give him more game time. So I think this one obviously is not going to go any further." Prior to joining Arsenal in January, Suarez had only played 17 minutes for Barcelona in La Liga during the first half of the campaign, plus a further 24 minutes in the Champions League. His only starts had come in Barça's first two-legged Copa del Rey tie of the season against lower league opposition Cultural Leonesa.

Suarez spent two of his teenage years in the youth ranks at Manchester City. He initially joined Barcelona in 2013 and later had a successful loan spell under Emery at Sevilla, where he played 47 times in all competitions and helped the club win the Europa League. 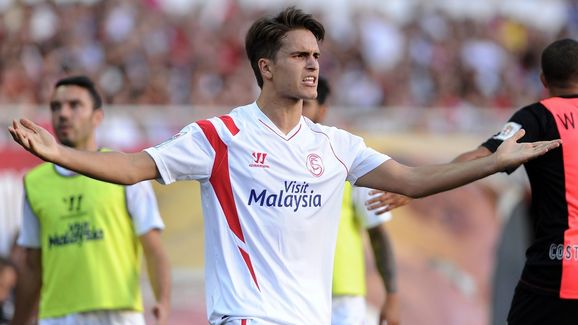 He was sold by Barça to Villarreal in 2015, only for the club to trigger a buy-back clause a year later. But the player was seen less and less with each passing season at Camp Nou.