​The domestic season is starting to wind down to a close across Europe, with a frantic finale set to commence after the upcoming international break.

Speaking of which, these little interruptions from league football are an excellent opportunity to take stock, and have a closer look at how the season has been unravelling.

So here's the top ten most prolific goal scorers across the 'big five' this season... ​Tottenham Hotspur seem to have blown their chances of winning the league, but they're still alive and kicking in the Champions League, with a mouthwatering quarter-final tie against ​Manchester City on the horizon.

Straight in at number ten, it's Spurs striker Harry Kane, whose slammed home 17 goals (in 26 games) in the ​Premier League this season despite missing over a month with an ankle injury.

The England captain won the Golden Boot award at last summer's World Cup, and took that form into the 2018/19 campaign, with standout performances including a lovely brace against Everton and a goal in each of the north London derbies. 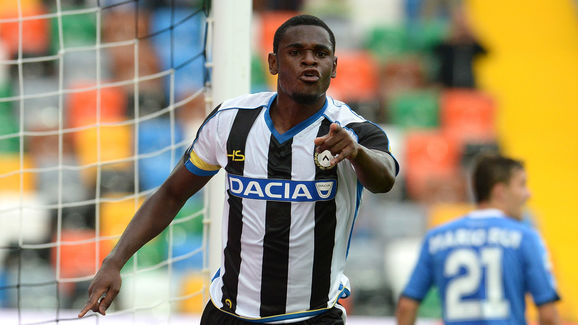 Atalanta have been absolutely flying ​in ​Serie A again this season, and look on track to secure qualification to play European football next season.

Duván Zapata has been their main man since joining on loan from Sampdoria, and has netted 17 times in 28 matches.

The Colombia international is a footballer in his prime, and his performance of the season so far was surely his four goal masterclass against Frosinone back in January At the rate they're going, Paris Saint-Germain are going to dominate French football for years to come, but the Champions League still continues to elude them.

Back in Ligue 1, they've been filling their boots again this season, and Edinson Cavani has fired home 17 in just 16 starts.

He's battled through a whole load of injuries this season, and it would be fair to argue he'd probably be troubling the chart toppers had he managed to stay in better nick. ​Barcelona look set to win yet another ​La Liga title this season, after bulldozing their way to the top of the pile.

Bizarrely, Luis Suárez is the clubs only real out-and-out centre forward (no, we're no counting Kevin Prince-Boateng), but he's taken that responsibility on his shoulders with aplomb, and has scored 18 in 27.

He's currently sidelined with an ankle injury, but expect him to be back firing on all cylinders for the final few weeks of the campaign. Stepping things up a gear (okay, just the one goal) it's Manchester City legend Sergio Agüero, who has once again been unstoppable in the English top tier this season.

He's scored 18 in 26 games, and will be eager to keep the goals flowing as his side look to retain their Premier League title at the expense of high-flying ​Liverpool.

There's been some real golden moments for the Argentine ace this season, including two hat-tricks in a week against ​Arsenal and ​Chelsea respectively. 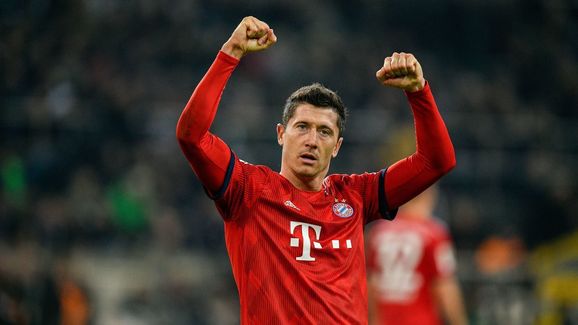 ​Bayern Munich got the season off to a pretty rocky start, and manager Niko Kovač came mighty close to being shown the door. However, they rallied superbly, and are now top of the ​Bundesliga on goal difference.

As usual, Robert Lewandowski has been deadly in-front of goal, and has hit the back of the net 18 times in 25 outings.

Performance of the season you ask? Well, you can't do much better than bagging a hat-trick away from home on day one of the campaign, as the formidable Pole did at Frankfurt. 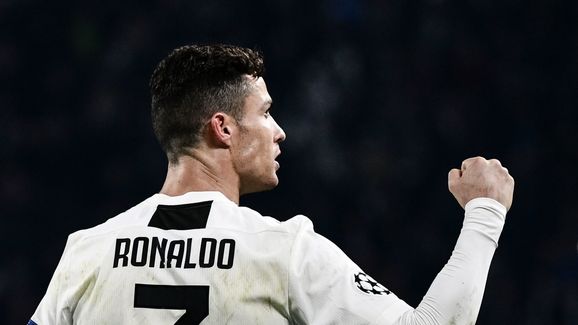 Oh hello, CR7. I wondered when you'd be making an appearance, and quite frankly, I'm surprised you're not higher up the charts!

Cristiano Ronaldo bounces and spins (and does that ridiculous thing with his arms) his way into  the number four spot, after hammering home 19 goals in 26 games for his new club, ​Juventus.

He's been pretty ruddy relentless in Serie A this season, and has scored a brace on four occasions. Very impressive indeed! Who's this old fella with the cane pipping Ronaldo into a top three finish?! That's right, it's Sampdoria frontman

Quaggers has been a delight this season, the highlight of which has (so far) been his tasty brace an emphatic 4-0 drubbing of Bologna. He's only gone and earned himself an Italy recall an' all. Marvellous! ​Enjoy him while you can, PSG fans, there's not chance he's going to spend more than a couple more seasons in a one-team league.

Teenage sensation Kylian Mbappé has continued his assault on the French top tier with renewed vigour this season, which probably has something to do with that little morale boost of winning the World Cup last summer. What?! It's not Huddersfield Town frontman unsurprisinglyisn't

magician has cast his spell over La Liga, bewitching and beguiling them in a campaign that's seen him 29 goals in 26 games.

Will he keep the top spot when it comes to the end of the season? Let's wait and see, shall we?...