Having made the switch to Germany from Manchester City in the summer of 2017, Sancho has firmly established himself in Dortmund's first team this season, scoring nine times in all competitions and earning a senior international call up. He beat the likes of Real Madrid pair Vinicius Junior and Rodrygo Goes to the prize, as well Chelsea's Callum Hudson-Odoi and ex-Manchester City teammate Phil Foden. In total, there were seven British talents named in the top 20.

"There are a lot of great players my age out there and to be chosen as the best player of NxGn is really good for me and for my family," a proud Sancho said.

As for what he wants to achieve next, the 18-year-old added: "Obviously, I dream of winning the Ballon d'Or, given the likes of those who have won it previously, like ​Leo Messi, ​Cristiano Ronaldo, [Luka] Modric and Ronaldinho. All these greats have won it, so I feel that should be a big inspiration to everyone in the world that plays football." 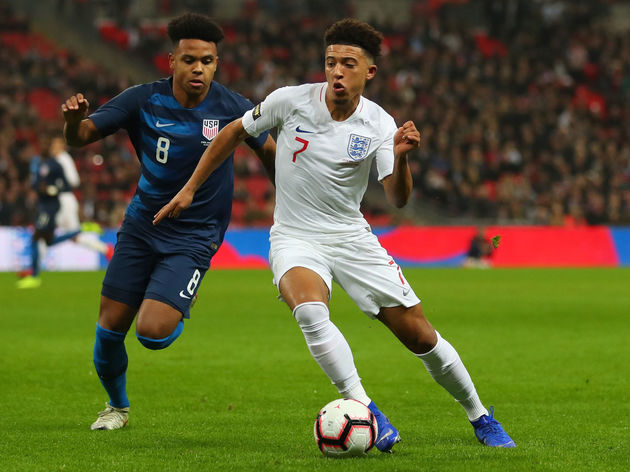