10 of the Hardest Players in Manchester City's History

The Sky Blues have been absolutely majestic to watch at times this season, but don't be fooled into thinking that they always play the beautiful game in a fair and righteous way.

Man City have never been afraid to assert their dominance on a game by leaving their mark on the opposition.

But where does this current crop compare to some of the players that have graced the Etihad and Maine Road in the past? 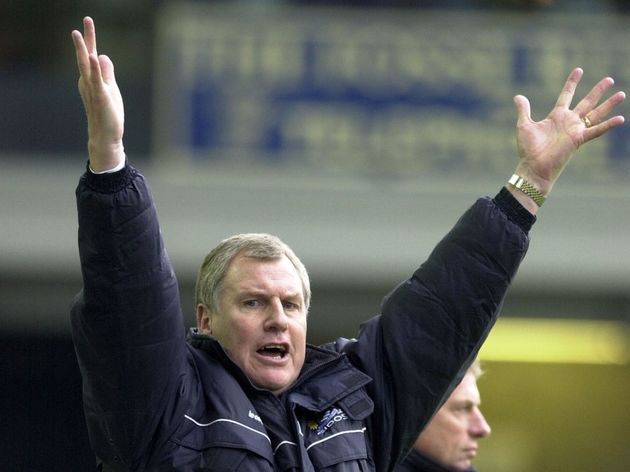 Though he is best remembered by City fans as the man who led them to consecutive promotions in the late 90s as manager, Royle was not someone to be messed with as a player.

He played as a centre-forward 99 times for the Sky Blues and won the League Cup in a four-year spell at Maine Road. His playing style made him a fan favourite, and to say the Liverpudlian didn't shy away from a strong challenge would be a huge understatement. 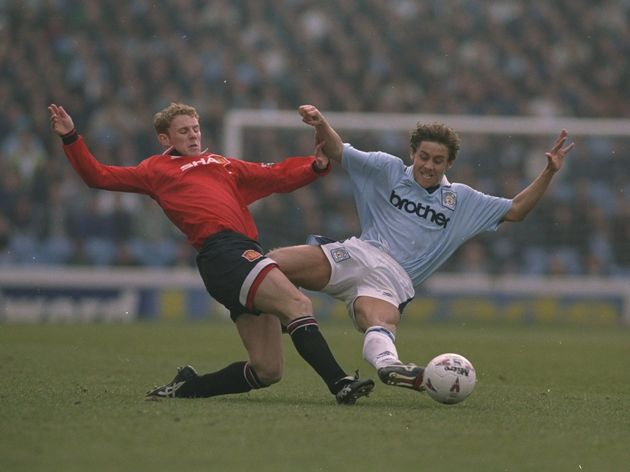 The tenacious midfielder was always willing to give his all on the pitch. After breaking through from the City academy, Brown was named player of the year in 1997, and the year after he was a key part in a promotion campaign.

He was never afraid to introduce the opposition to the studs of his boots, most notably to Man Utd legend Ryan Giggs while playing for Portsmouth - something that City fans were surely only too happy to see. He may not have been the most popular player in England, but there is no denying that Barton certainly made an impact in his decade at Eastlands.

Barton's career was overshadowed by controversial incidents. He was jailed for 74 days for common assault during an incident in Liverpool city centre, before his City career was effectively ended after viciously assaulting teammate Ousmane Dabo.

On the pitch, Barton was good enough to earn an England call up in 2007, before being booked for a strong tackle against Spain five minutes into his only appearance for the national side, which actually summed his career up pretty well. The man nicknamed 'Psycho' spent the last season of his playing career at Maine Road, and it's not difficult to see why the England legend got that nickname.

His infectious desire to win and his absolute determination to not let his man beat him led him to be one of the greatest left-backs England has produced.

The future City manager was famous for his extremely powerful free kicks and shot power, and Kevin Keegan's decision to make Pearce captain was justified as they went on to win the First Division title in 2001. It's amazing how much this all-conquering City side miss their holding midfielder when he is unavailable. They at times look a totally different team when the 33-year-old Brazilian is not at tidying up in front of his back line.

The tough tackling midfielder is no stranger to the dark arts of the game, with sly challenges and knowing exactly when to commit a professional foul. He was been an outstanding signing for the club. Vincent Kompany has made himself one of City's all time greats with his performances over his 11-year spell at the Etihad. His outstanding leadership and ultimate determination has to led to him lifting three Premier League titles as captain of the Sky Blues' most successful team ever.

His relentless injury problems in recent years have led to a cut in playing time, but the big Belgian will rightly go down as one of the best Premier League centre-backs ever.

His strength, tough tackling, and ability on the ball has always made Kompany stand out, with the 32-year-old often playing through the pain barrier. De Jong will forever be remembered by most fans for his kung-fu kick on Xabi Alonso in the 2010 World Cup final, but City fans will remember as the man that did Yaya Toure's dirty work in central midfield in that extraordinary first Premier League title win in 2012.

At times, it looked as if De Jong was more interested in kicking opponents than attempting to play football, but the Dutchman made an invaluable contribution to the Citizens in his 104 appearances for the club. The Glaswegian was part of the 1981 FA Cup final team in his only season in Sky Blue, but the impact he made was never subtle.

His crunching tackles and terrifying toothless grin was enough to send fear into anyone that dared be on the same pitch as him, while also grabbing 5 goals in his 26 games. 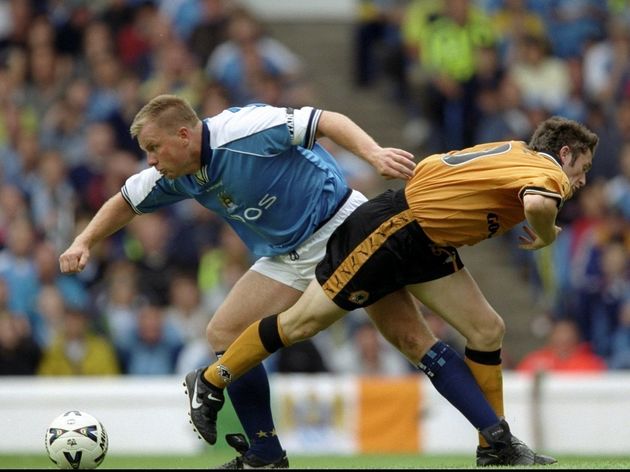 A cult hero at Maine Road after leading the side to a Division Two play-off final victory over Gillingham in 1999 after joining as captain the previous summer.

Injury prevented the Scot from making more of an impact for the Citizens, but his 39 league appearances for the club are fondly remembered for his strong tackles and awesome determination at centre half.

Morrison was famously sent off for sticking his tongue out at Stan Collymore at Fulham, before a 2001 FA Cup clash with Liverpool saw him be cautioned by police, after the now 48-year-old squirted water at opposition fans after being substituted. The story of Bert Trautmann is one of the most fascinating in the history of British football.

After being released as a prisoner of war following the Second World War, the former Luftwaffe pilot joined City despite plenty of protests from the club's fans, but his amazing performances in goal won the supporters over in his 545 appearances for the Citizens.

However, the Trautmann is best remembered for his performance during the 1956 FA Cup final, in which the German suffered a broken neck in the 75th after a knee to head. He would play the rest of the game and continue to be heavily involved in City's 3-1 win over Birmingham