The 27-year-old Atletico forward famously spurned Barcelona's advances to remain in the Spanish capital last summer, after a very public saga that culminated in a televised announcement programme from Griezmann (and produced by Gerard Pique) entitled 'La Decisión'.

Griezmann then signed a new contract extension at the Wanda Metropolitano, seemingly putting an end to the speculation. 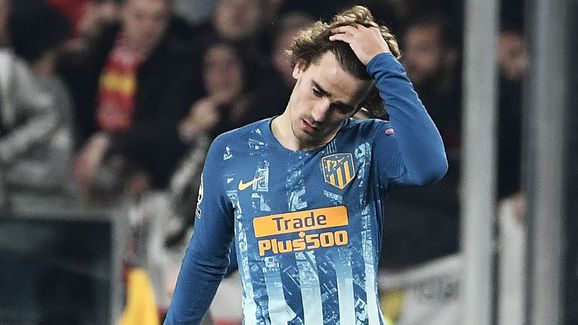 However, in recent weeks the prospect of a Griezmann transfer has flared up again with rumours that the World Cup winner is unhappy at ​Atletico and is considering his future anew.

Didier Deschamps hints that Antoine Griezmann should have won the Ballon D'Or: "He certainly would have deserved certain pieces of recognition that he did not get. The exposure that the French media gave him could have been bigger, yes."

In theory, Barcelona would prefer a younger, cheaper striker this summer who can act as backup and eventual successor to Luis Suarez. Luka Jovic (Eintracht Frankfurt), Andre Silva (Sevilla) and Maxi Gomez (Celta Vigo) have all been linked with some regularity.