Everton secured their first home league win since January, as they beat Chelsea 2-0 on Sunday afternoon.
Chelsea completely dominated the first half, coming close on several occasions. Eden Hazard hit the post, Gonzalo Higuain's soft effort was saved by Jordan Pickford and Pedro's goal was ruled out for offside, as the Blues struggled to find a way past their hosts.
Just four minutes into the second half, Everton took the lead. Dominic Calvert Lewin's header from a corner was saved by Kepa Arrizabalaga, before Richarlison headed in the rebound to put the Toffees in front.
Everton were awarded a penalty in the 70th minute, as Marcos Alonso fouled Richarlison in the box. Gylfi Sigurdsson stepped up, and although his initial effort was saved by Arrizabalaga he followed up the rebound to give the hosts a comfortable lead.
Here's our take on Sunday's ​Premier League clash. Everton were second best in the opening 45 minutes, and were lucky to go into the break with a clean sheet. Although they were on the back foot in the first half, they began the second half fantastically and duly took the lead, producing a superb performance in the final 45 minutes.
They stayed firmly focused to keep the visitors out, and took control after the break to secure a massive win. It was an excellent performance from the Toffees and a much needed victory, after their devastating ​3-2 defeat to Newcastle United last weekend.
Player Ratings
Starting XI: Pickford (7); Digne (7), Mina (6), Keane (6), Coleman (6); Gomes (7), Gueye (6); Bernard (6), Sigurdsson (8), Richarlison (8*); Calvert-Lewin (7).

STAR MAN - It was an excellent performance from Richarlison, who scored a goal and won the penalty to help Everton to victory. He was fantastic throughout the game and was constantly causing problems for Chelsea, as the Brazilian continued his fine form for the Toffees.

12 - Richarlison has scored 12 goals in the Premier League this term - only three players have netted more in the competition in their debut season at Everton (15 each - Kanchelskis, Yakubu and Lukaku). Impact. pic.twitter.com/iKOAxAc6RB

Richarlison’s game by numbers vs. Chelsea:

Put in a shift defensively and still managed to open the scoring. 🇧🇷 pic.twitter.com/pm7OyBdxWy

Richarlison has scored his first Premier League goal against a side from the Big Six. Chelsea should've been comfortably ahead at the end of the first half, but were wasteful with their chances. They couldn't take advantage of their dominant display, and fell apart in the second half in what was another woeful defensive performance from Maurizio Sarri's side.

Chelsea were already at a disadvantage coming to Goodison Park, having just returned from a 3,000-mile round trip after their ​5-0 win over Dynamo Kiev. However at the end of the day you cannot excuse their poor performance, as their rotten away form in 2019 continues. 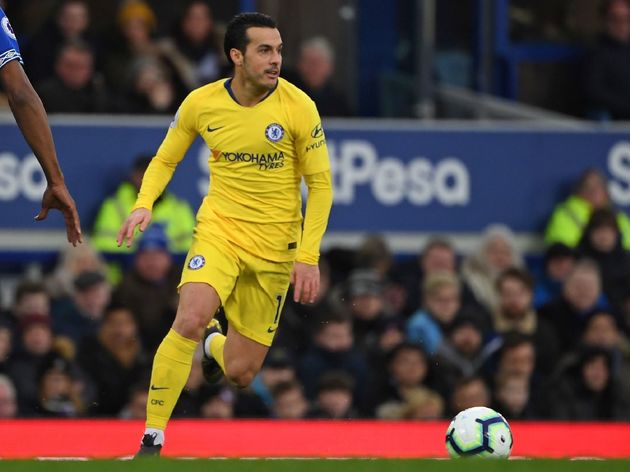 STAR MAN - Though his efforts came to nothing, ​Pedro put in a good performance for the Blues. He came close in the first half, shooting just wide and having his goal ruled out for offside, as the Spaniard played well in a disappointing day for Chelsea. With the international break neither side are back in action for two weeks. Everton next play on 30 March, when they travel to London to face ​West Ham. The Toffees then return to Goodison Park the following week, as they host ​Arsenal.
Chelsea are on the road again in their next game, when they play ​Cardiff City on 31 March. The Blues are then back at Stamford Bridge for the first time in almost a month, as they entertain West Ham in a London derby.
Related Topics:
Transfer News