​Manchester City manager Pep Guardiola has said that his side will fight for every game, as they beat Swansea City 3-2 on Saturday afternoon.

The Citizens progressed to the FA Cup semi-finals with the win, as goals from Sergio Aguero, Bernardo Silva and an own goal from Kristoffer Nordfeldt helped them come from 2-0 down to secure victory in south Wales. 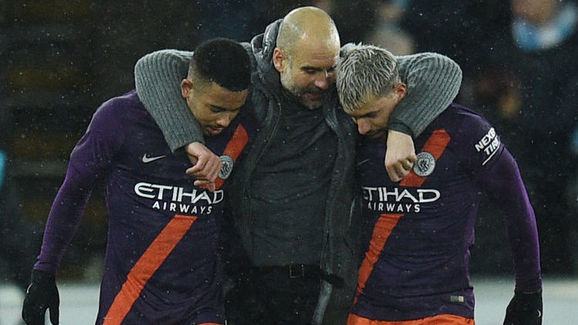 Speaking after the game, Guardiola expressed his delight at the win. As quoted on the club’s official website, he said: “I want to congratulate the players and staff for being here at this stage. I am already satisfied. Now we are going to fight every game after the international break.”

​Manchester City reached their second semi-final in three years, and will be looking to lift the coveted trophy for the first time since 2011. The FA Cup is the last piece of domestic silverware Guardiola has to win, having won everything else since arriving in 2016.

City are also chasing a historic quadruple, as they remain in the running for the ​Premier League and ​Champions League. When asked about the feat, Guardiola said: “Ask me at the end of April and I will answer you.” 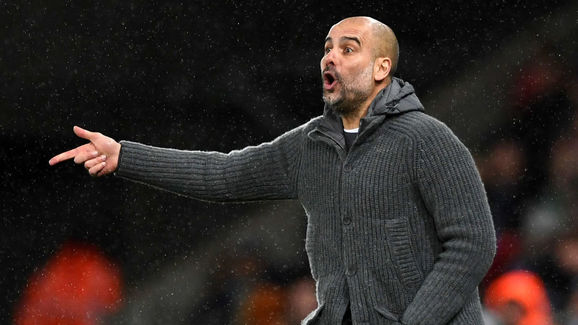 City were close to being knocked out of the FA Cup after ​Swansea went 2-0 up inside the opening half hour. A Matt Grimes penalty and a superb striker from former Citizens player Bersant Celina put the ​Championship side in cruise control.

However Guardiola’s side showed great determination to fight their way back into the game, as they scored three goals within 19 minutes in the second half to cap off a remarkable comeback.

Speaking about the game, the Spaniard added: “We played a good game in general. We made some mistakes and conceded goals. We spoke in half time and said we need a goal and then hopefully the rest will be easier. The spirit didn’t drop.” The international break gives Manchester City two weeks before their next game, which is at Fulham on 30 March. They then return to the Etihad on 6 April, as they host relegation battlers Cardiff City.