​Huddersfield manager Jan Siewert said he "could not believe" his side lost after they fell 4-3 to West Ham on Saturday afternoon.

The Terriers were beaten by a 91st minute winner from Javier Hernandez, having been 3-1 up just 26 minutes earlier. A goal from Juninho Bacuna and a brace from Karlan Grant gave them the lead, but it wasn’t to be for Huddersfield. Speaking after the game, Siewert described his disappointment at the result. As quoted on the club’s official website, he said: “I have so many thoughts after today's game. I cannot believe we lost this game. Since the last game, we worked really hard.

“When you score three times in the game and go away from here with a defeat, it is hard to describe at the moment.”

A win would’ve seen ​Huddersfield move off the bottom of the ​Premier League table, but defeat at London Stadium sees them remain rock bottom. The Terriers are now 16 points away from safety, with just seven games to play. 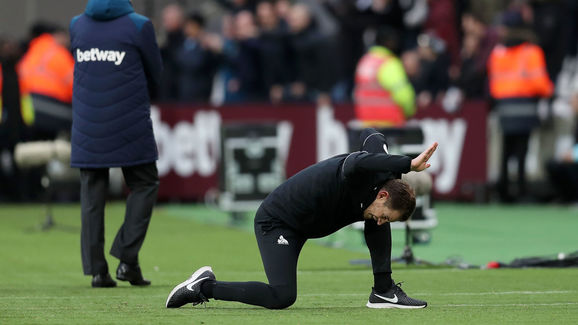 As well as the devastating defeat, there was bad news for Siewert as both of his goalscorers had to be taken off due to injury. Bacuna was substituted in the 67th minute, while Grant was withdrawn just three minutes later.

Speaking about the injuries, Siewert said: “This made it even harder for us, but there will be no serious injuries. I know the Premier League and its intensity, and we were short on numbers. The players who went off left it all on the pitch and they made it hard for me to substitute them.”

Huddersfield were on the verge of securing a vital victory, but couldn’t hold on to their lead with 25 minutes to play. The Terriers have won just three games this season, including just one in their last 17 outings. 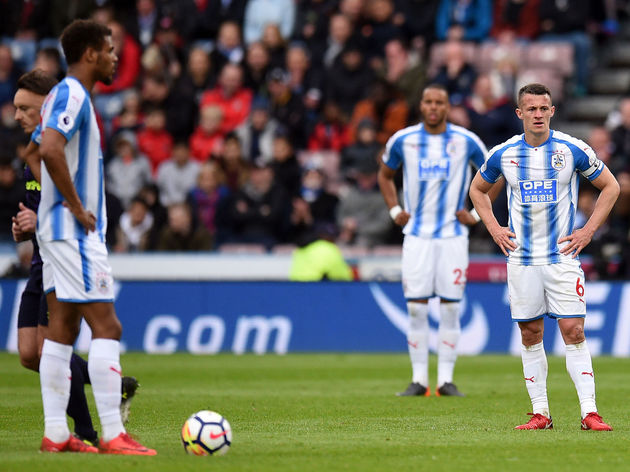 Siewert recognised the need to win, adding: “Of course, the application was there, but for me it is about winning. We want to win games. We now have seven more games to represent this club.”

Huddersfield have two weeks to regroup before their next test, when they face Crystal Palace on 30 March. They are back at home the following Saturday, when they host Leicester City at the John's Smith Stadium on 6 April.