Atletico Madrid slipped to their second defeat in four days as they lost 2-0 to Athletic at San Mames.​

The game looked to be developing into a very underwhelming encounter with neither team really going close to scoring, but with just under 20 minutes left the game sprung into life. 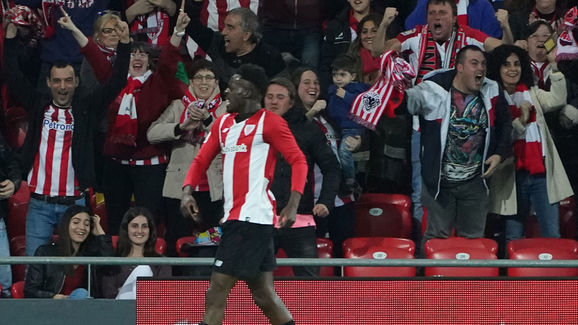 Bilbao substitute Inigo Cordoba found himself in some space - with the ​Atletico defence nowhere to be seen - and squared the ball across the face of goal to Inaki Williams, who tucked the ball into an empty net to make it 1-0.

With Atletico pushing for a winning goal, they were then undone once again. Kenan Kodro came on as a substitute with five minutes remaining, and within seconds of coming on doubled his side's lead thanks to a deflected effort to secure a 2-0 win for the home side.

It was a poor performance from the visitors who managed just four shots on goal in the entire game as they failed to close the gap on the ​La Liga leaders ​Barcelona, with the difference between the two sides remaining at seven points.

After their disappointing Champions League exit during the week, Atletico look to still be recovering from the defeat. They were off the pace from the off and struggled to create any clear-cut chances throughout the encounter.

It was always going to be a difficult game given the fact that Athletic hadn't lost any of their previous 10 home matches - but having managed just four shots in the whole game, Atletico didn't exactly make it too hard for the hosts. 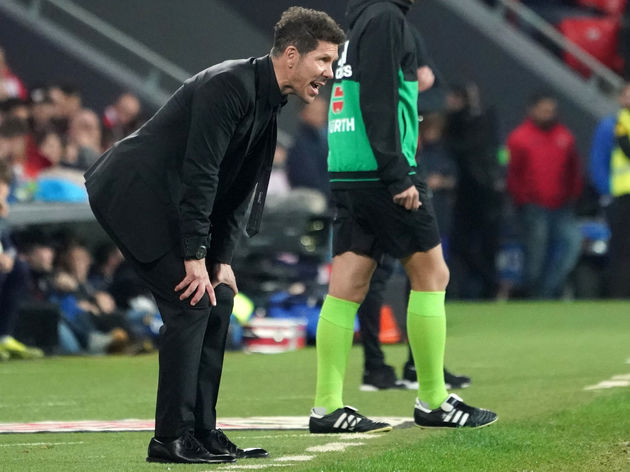 With ​Real Madrid winning on the same day, Diego Simeone's men are now just two points ahead of their cross-town rivals and will certainly be looking over their shoulders with just 10 league games remaining.

STAR MAN - There were very few players who stood out on the night, but Saul Niguez occupied the left back spot to some effect. It's not his natural position but given Atletico's current injury crisis at the position, he did well to step in and hold his own. It wasn't his finest performance in an Atletico shirt, but the result certainly doesn't reflect his performance.