West Ham came from 3-1 down to snatch a win in a thrilling game, as they beat Huddersfield 4-3 on Saturday afternoon.

After a strong opening 15 minutes, West Ham won a penalty as Manuel Lanzini was brought down. Captain Mark Noble stepped up and hit the ball straight down the middle to give the Hammers a deserved lead.

However Huddersfield equalised just two minutes later, as Juninho Bacuna fantastically headed home Aaron Mooy's cross. It was an unexpected but well worked leveller, as the Terriers found an unlikely way back into the game.

The Terriers took the lead on the half hour mark through Karlan Grant, as his scuffed shot found the bottom corner. Grant got his second of the afternoon in the 65th minute with a stunning strike, as he curled the ball into the top corner giving Lukasz Fabianski no chance.

Angelo Ogbonna pulled one back for West Ham with 15 minutes, as he found the net with a strong header. Substitute Javier Hernandez drew the home side level six minutes from time, before a last minute header completed the Hammers' incredible comeback. West Ham were outstanding in the first and last 15 minutes of the game, scoring their goals and looking most dangerous in those periods. They showed great character and desire to fight back, and played at their very best at the end to steal three points from the visitors.

However, it wasn't all perfect for Manuel Pellegrini's side. The fact that they went 3-1 down to the side bottom of the league is concerning, and their defending was shambolic throughout the game. However they battled hard at the end, and their remarkable comeback cannot be faltered.

STAR MAN - ​Javier Hernandez had one of his best games in a West Ham shirt on Saturday, making the difference in the last seven minutes. He was brought on at half time to save the game and he did just that in an incredible 45 minute performance for the Hammers.

Chicharito to the rescue. pic.twitter.com/gZHAkzqWCP 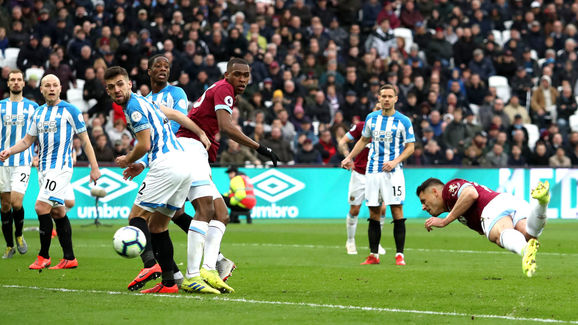 When Huddersfield went behind early on, it looked like it was going to be another long afternoon. However the Terriers kept fighting and 15 minutes later had turned it around. They looked to be getting their fourth win of the season when they went 3-1 up with 25 minutes to play.

However, three goals in 16 minutes and some awful defending was what cost them a crucial victory - though they will feel hard done by. They had a crucial three points snatched from their hands right at the death, as they take another step closer to relegation. 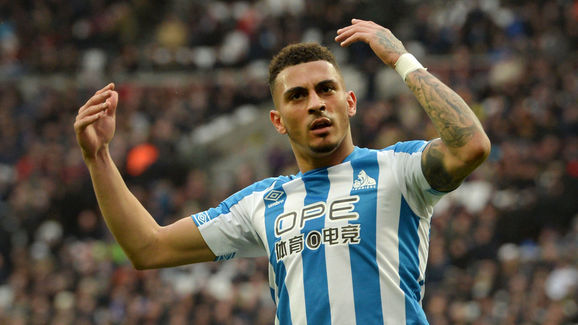 STAR MAN - Karlan Grant was excellent for Huddersfield, scoring two goals and showing his outstanding work rate. Although it wasn't to be for the Terriers it was a positive performance from the 21-year-old, who clearly has a lot of potential for the future. Next week's international break gives both sides a chance to rest and recover, with no games for two weeks. West Ham next host Everton at London Stadium on 30 March, before they face a London derby at Chelsea on 8 April.

Huddersfield face another trip to London in a fortnight, when they travel to Selhurst Park to face ​Crystal Palace on 30 April. They are back at home the following Saturday, when they welcome ​Leicester City to the John's Smith Stadium on 6 April.
Related Topics:
Transfer News