​The 0-0 draw between Everton and Liverpool might have been a bit of a damp squib for most observers, but for African football fan Tony, it was a bit of a big deal, as he attended his first match at Goodison Park.

The sides fought out a tense affair, as Everton took the game to their high-flying rivals, earning an unlikely point for their efforts.

A life-long fan of Gor Mahia in Kenya, Tony watched from the stands alongside ​Everton supporter Steve Ely, as part two of SportPesa's 'Derby Day' series, taking in the culture and atmosphere for the first time.

Part one of the series, which celebrates the shared passion in some of the great footballing rivalries, saw Steve fly out to Kenya for the Nairobi derby between A.F.C. Leopards and Gor Mahia, spending the day wearing the club's colours and partaking in Tony's usual pre-match rituals. 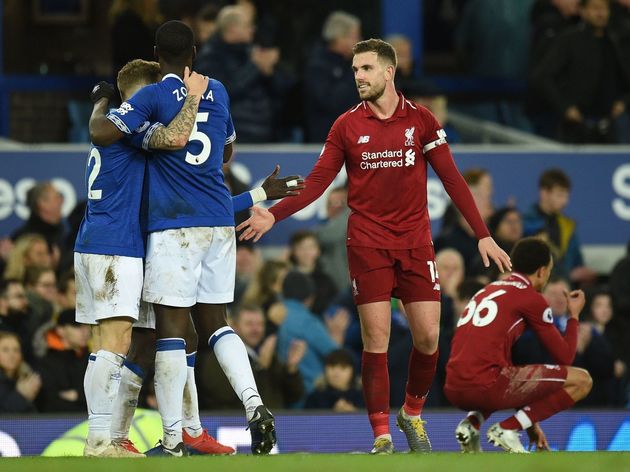 Steve had the chance to repay the hospitality in part two, which follows the pair in the hours prior to kick-off, heading for a pre-match pint before all the nerves that come with a high-profile derby match.

The Merseyside rain really couldn't have been much further from the sweltering conditions apparent in the first instalment, and though it was hardly the free-scoring affair many had hoped for, the raucous atmosphere certainly looks to have served as a memorable experience for Tony.