Both Manchester United and Manchester City have been handed a boost in their hopes of landing Barcelona defender Samuel Umtiti this summer, as reports have emerged claiming the Catalan giants are prepared to move him on to raise funds for Matthijs de Ligt.

The France international has established himself as one of the world's best defenders since moving to La Liga from Lyon in 2016, but an injury-ravaged season has seen his stock fall somewhat. Umtiti has played just nine times in La Liga this season following a serious knee problem, with the defender ​suggesting that his management of the problem during France's World Cup  winning run last summer exacerbated the severity of the issue.

As a result, Umtiti could be on the move this summer as transfer site ​CalcioMercato report that Barça are prepared to move him on to generate funds for a huge bid for young Dutch international de Ligt.

Both United and City, it seems, could be encouraged by developments with both clubs on the lookout for a new defender and both interested in the 25-year-old. ​United have been ​linked previously, and their desire to add a world class defender to their ranks has been well covered, so it would come as little surprise to see them spring an offensive if ​Barça do look to move him on. The Red Devils may have a huge advantage over their neighbours, with ​City reportedly set to be handed a transfer ban, which could yet curb any summer business.

The prospective move for de Ligt that would start the trickle down the food chain comes after the Catalan giants confirmed the signing of his Ajax and Netherlands contemporary Frenkie de Jong earlier in the season, and would see him make the move to Spain alongside his current team-mate. 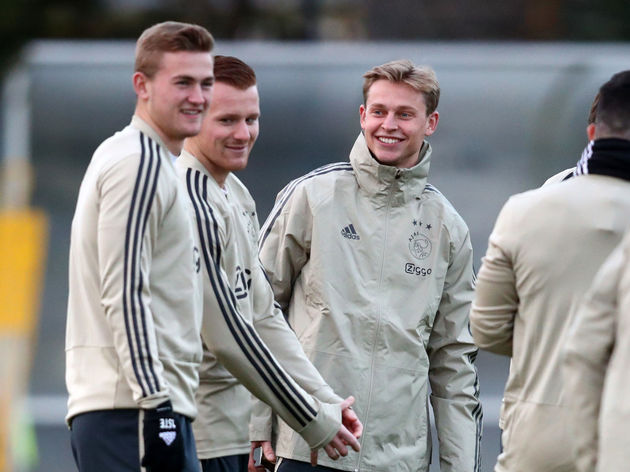 Together, the duo make up an impressive home-grown core to the Ajax side, and their ​knocking out Real Madrid in the Champions League will only make them more attractive propositions to those of a Blaugrana persuasion.