Manager Rafa Benitez's future at St James' Park is still up in the air, with the former Liverpool and Chelsea boss' contract expiring at the end of the season. Talks over an extension have been toing and froing for some time, with Benitez - who joined the club in 2016 - ​publicly stating his need for financial backing in the transfer market in order to commit to more years.

According to the ​Mirror, Ashley's new directive to focus on younger players, who can be developed and sold for profit, could be a 'major block' to Benitez remaining at the club. 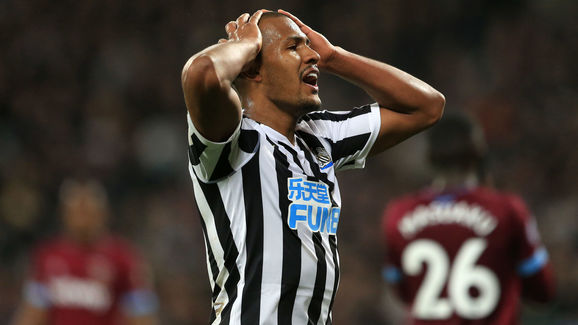 Benitez has rarely dealt well with restrictions on transfer policy, and it is understood that 29-year-old Rondon is one of his summer priorities after impressing on loan this season.

The Venezuelan, who has scored eight times in 24 appearances, ​will be available for a permanent move from West Brom for £16.5m this summer. However, Ashley's new policy suggests Benitez could face a challenge to complete that deal. However, it is noted that there will be scope for one 'big money' signing every window.

​Newcastle, who sit 13th in the ​Premier League, broke a 14-year-old club transfer record in January by signing 25-year-old attacking midfielder Miguel Almiron for a fee which could rise to north of £21m.