Manchester United have joined the race to sign Paris Saint-Germain midfielder Adrien Rabiot at the end of the season.

The France international midfielder has already held talks with Barcelona over a possible switch to the Camp Nou, as well as with Chelsea, Arsenal and Tottenham, with his contract at the Parc des Princes running out this summer.

But The Sunclaims that Manchester Unitedare looking to hijack their rivals' transfer plans by bringing Rabiot to Old Trafford. 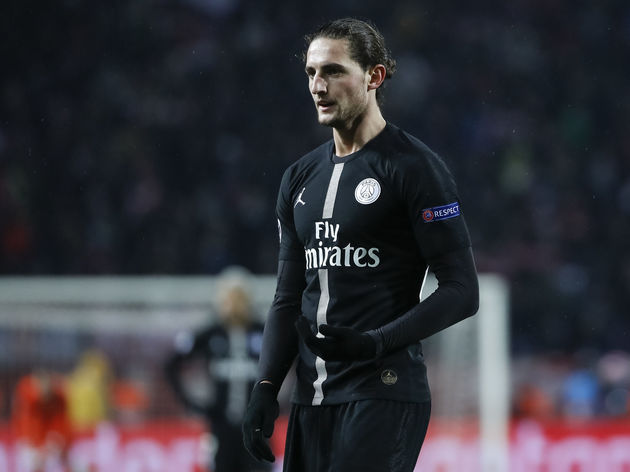 But the club have recently made a u-turn and are now considering Rabiot as a long-term replacement for a number of their ageing midfielders - with the likes of Nemanja MatićAnder Herrera Juan Mata all on the wrong side of 30.

I’ve got a feeling that Rabiot will end up as Meyer. They both thought they were world class players and refused to stay at their respective clubs... no one wanted Meyer until Crystal Palace came along - and so far, no one wants Rabiot either. He’ll probably end up at West Ham.