Atletico Femenino typically play their home games at the Mini Estadio Cerro del Espino, a venue with an estimated capacity in the region of 3,500. But the biggest game in Spanish women's football deserves a grander stage and the opportunity to watch it at Wanda Metropolitano has been gobbled up by eager fans, with over 50,000 tickets for the clash already sold by last Sunday.

Atletico are the dominant force in Spain after winning Liga Fememina in each of the last two seasons and not finishing out of the top three since 2012.

Hosting a game of such magnitude at Wanda Metropolitano is therefore fitting. 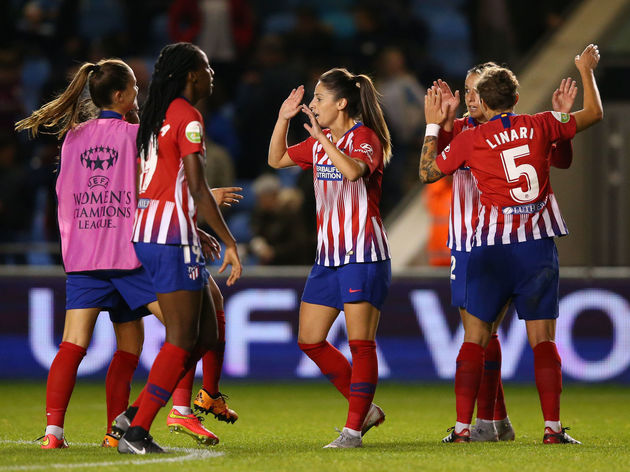 With the national team outside the top 10 in the FIFA World Rankings, Spanish women's football isn't as strong as in Germany, France or England, but Barcelona have reached the Champions League quarter finals four times in a row, including this season, and got to the semis in 2017. Atletico also knocked Manchester City out of the Champions League earlier this season.

England forward Toni Duggan will be one of the players on show on Sunday after trading Manchester City for Barcelona in 2017. Dutch star Lieke Martens also calls Barça home.